We are pleased to announce that 2017 Wall Scholar Sebastian Prange has won the 2019 American Historical Association’s John F. Richards Prize, which recognizes the most distinguished work of scholarship on South Asian history published in English, for his book Monsoon Islam: Trade & Faith on the Medieval Malabar Coast (Cambridge University Press).

Released in April 2018, Monsoon Islam was Sebastian Prange’s (History, UBC) project during his residency as a Wall Scholar. The book is about the development of Islam within the trading world of monsoon Asia, a development that was shaped by merchants and itinerant mystics rather than by sultans and scholars, and which spread through commercial interaction rather than by conquest.

You can read more about Monsoon Islam and the distinct trajectory of Islamic history that developed within the trading world of the Indian Ocean as described by Prange here.

You can watch 2017 Wall Scholar Sebastian Prange explain how monsoon Islam was shaped by merchants and commercial interests rather than in battle in the following video. 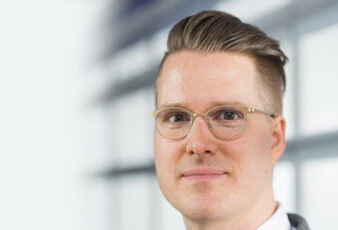