Mohamed Fahmy: From prisoner to professor

Mohamed Fahmy was hosted by the Peter Wall Institute at a reception welcoming him to UBC. Fahmy spent most of the past two years behind bars in Egypt after authorities arrested him and two Al Jazeera colleagues on trumped up charges of conspiring with a terrorist group and fabricating news during the Arab Spring movement. After international pressure was brought to bear on the Egyptian government, Fahmy and the others were pardoned in September 2015.

Fahmy is working with Peter Wall Scholar and UBC Journalism Professor Peter Klein’s Global Reporting Centre which is dedicated to casting light on neglected stories around the world. Klein played a key role in bringing Fahmy to UBC. 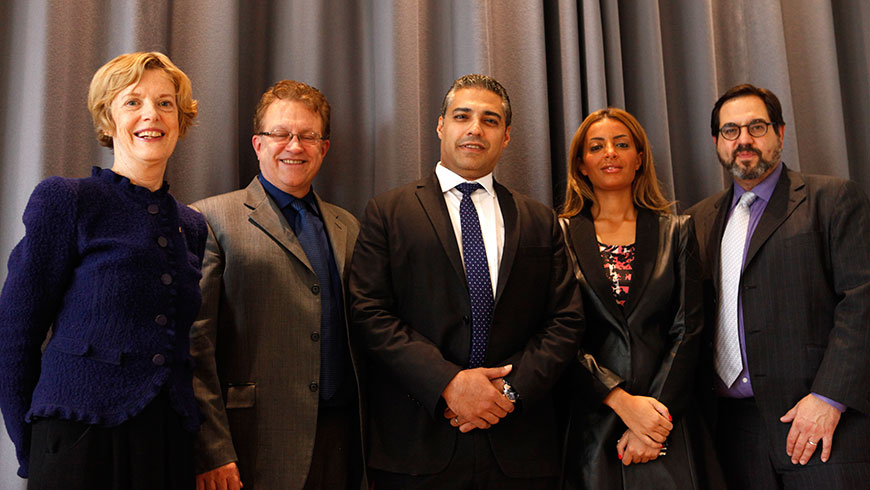 Left to right: UBC President Martha Piper, Gage Averill, Dean of the Faculty of Arts, Mohamed Fahmy, his wife Marwa Omara and Wall Scholar Prof. Peter Klein at the reception hosted by the Peter Wall Institute welcoming the recently freed journalist to the university in October 2015.