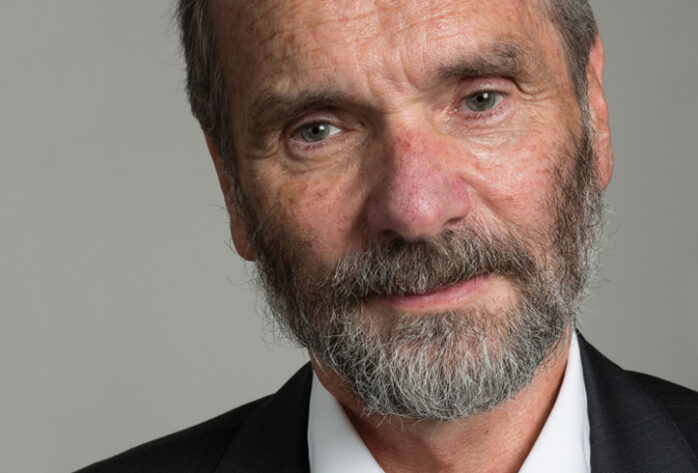 Alain Supiot is Professor at the Collège de France and holds the Chair of The Social State and Globalization: a Legal Analysis of Forms of Solidarity. He has been Professor at the University of Poitiers and at the University of Nantes, where he created the Institute for Humanities and Social sciences and the Institute for Advanced Study. He has published widely on labour law and social security law.

Professor Supiot will be giving two lectures during his stay at the Peter Wall Institute:

Law’s subordination to Numbers: From the Gosplan to the Total Market

One of the many features, which capitalism and communism have in common is the idea that social harmony may be the outcome of a calculation. Where they differ is that “classical” or “old-style” economic liberalism, unlike the Soviet planned economy, considered law and the State to be the condition, and not the means, for achieving social harmony through calculation. Liberalism recognised that the rule of law was necessary for economic harmony, whereas communism used the law as a tool for implementing a harmony based on quantitative computations. The holy union of capitalism and communism, which Europe and China celebrated towards the end of the 20th century, accelerated a process of subordinating the Law to Numbers. Classical liberals were aware that the unrestricted pursuit of individual interests would never lead to general prosperity unless the law set limits on individual greed. But neoliberals take the legal fictions, which ground the market, to be facts of nature. They mistake a construct for a given, and extend the paradigm of the market to all areas of human life, including the law, which is considered to be just another product competing on a market of norms.

The First World War was the first full-scale experience of that Ernst Jünger called a “total mobilization”, a process in which “every life is converted into energy”. The forms of social organization introduced during the Great War continued to make themeselves felt on the return to peacetime. The concept of “total mobilization” influenced Carl Schmitt’s concept of the Total State and Hannah Arendt’s concept of totalitarianism. Its heuristic value remains powerful, because it exists today in the new form of the Total Market, in which every existence is converted into a quantifiable resource  and the inhabitants of every nation of the world are precipitated into an unceasing, and pitiless, economic war. But the First World War had an impact on the regime of work in another, more frequently cited and acclaimed, way: through the Treaty of Versailles, it brought about the creation of the International Labour Organisation (ILO). According to the Preamble of the ILO’s Constitution “the failure of any nation to adopt humane conditions of labour [un régime de travail réellement humain] is an obstacle in the way of other nations which desire to improve the conditions in their own countries. So how were these two legacies of the Great War articulated together? Is the pursuit of “humane conditions of labour” compatible with “the scientific organisation of work” and the total mobilisation of human capital for a global competitive market?

James Stewart participated in an International Exchange as a Conférencier Invité at the Collège de France in May-June 2019. Professor Stewart had four lectures scheduled in French during his stay:

Transcripts of the lectures (English and French) are available here.