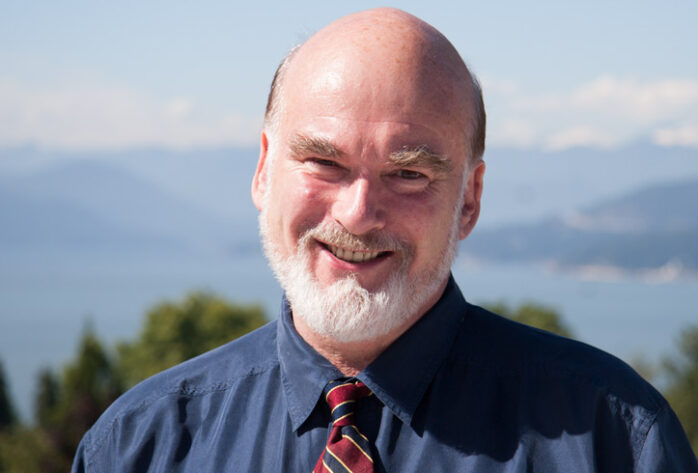 Dr. Macnab has developed an unusual and outstanding combination of technical ability, academic knowledge, and scientific expertise. He has in particular a range of knowledge that is extraordinarily broad for an academic clinician who must concern himself with the myriad minutiae that constitute optimum treatment of seriously ill infants and children. It extends from the arcane aspects of developmental biology to the optical physics of biology sensors through the very basics of pediatric transport and child care.

A Canadian leader in the science of Near Infrared Spectroscopy (NIRS), Dr. Macnab has made seminal discoveries at a basic science level that are poised to translate a disruptive technology into an answer for a major clinical problem in urology.

Dr. Macnab and his Brighter Smiles Africa project were recognized with the 2012 ROSE award, for which Rose Charities cited “the importance of the beneficial effects of the program on the health of disadvantaged children, the educational relevance of the international partnership on which the program is based, the impact of recent publications documenting the efficacy of the interventions (written during STIAS Fellowships) and the contribution of the consensus statement from the recent colloquium on ‘Health Promoting Schools’ held at STIAS November 2011”. The Brighter Smiles Africa program was based initially on provision of knowledge and reinforcement of sound practices related to children’s oral health. Its success in improving oral health led to each school expanding the health promotion topics to include other issues identified as relevant by the community. MUK (Makerere University Kampala) and UBC students and faculty were responsible for developing the relevant education and health practices related to each issue identified. They then assisted the schools in delivery of the new initiatives, and provided on-going evaluation of their impact on individuals and the community.

Andrew Macnab – Wall Colloquia Abroad – 2011
Many Voices One Song: Health-Promoting Schools: Evidence, Strategies, Challenges and Prospects Principal Investigator, Andrew Macnab, Department of Pediatrics, UBC. The Institute held the colloquium abroad at the Stellenbosch Institute for Advanced Study, Stellenbosch, South Africa on November 9-11, 2011. This colloquium brought together experts, and particularly stakeholders from sub-Saharan Africa, to review the lessons learned to date and define the key elements and optimum processes for establishing and sustaining effective health-promoting schools in Sub-Saharan Africa. The material will be incorporated into a comprehensive manual that will enable communities to establish, operate, sustain and evaluate health promoting schools.
Andrew Macnab – International Exchanges – 2009
Andrew Macnab, Department of Pediatrics, UBC and 2006 Wall Distinguished Scholar in Residence; STAIS Fellow 2009/2010 “These two periods in residence at Stellenbosch were wonderfully productive, and the creative and interdisciplinary environment that STIAS offers generated many new directions for my thoughts and research, as well as connecting me to a number of interdisciplinary colleagues and exciting new opportunities. I particularly appreciate the fact that STIAS also invited my Ugandan collaborator to join me at Stellenbosch; the synergy achieved was extraordinary and has greatly enhanced the scale and potential of our future collaboration. I want other Peter Wall Institute associates to know what a remarkable and worthwhile opportunity a Fellowship at STIAS represents, and encourage anyone who can to apply.”  During his residency, Dr. Macnab submitted over a dozen papers, gave a dozen invited presentations and interviews, produced a documentary, attended seminars and assisted with graduate student supervision.
Andrew Macnab – Distinguished Scholars in Residence – 2006
At the Institute in 2006, Dr. Macnab took advantage of being on the main campus to organize a Theme Development Workshop that explored a spectrum of applications of NIRS. He also worked to complete his book manuscript, The A to Z of Air Travel with Infants and Children. Dr. Macnab’s Associate Forum talk Aid for Africa: The ‘Ilkeliani’ of UBC was held on October 11, 2006.