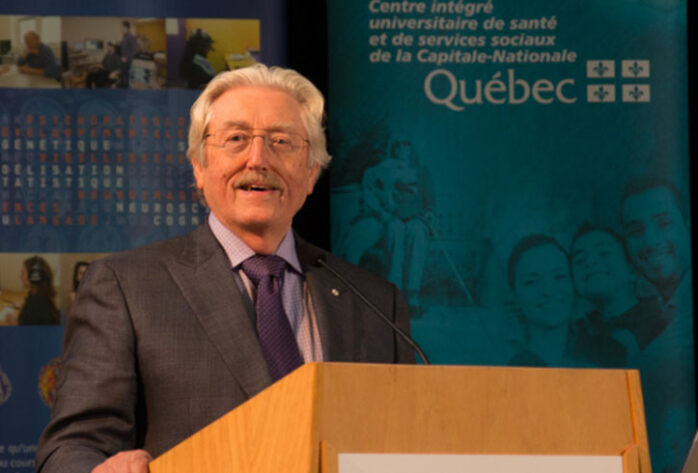 Dr. Anthony Phillips joined the Department of Psychology at the University of British Columbia in 1970, was appointed full professor in 1980. He then served as head of the department from 1994-99. He subsequently joined the Department of Psychiatry, Faculty of Medicine, UBC in 2000 and became the Founding Director of the UBC Institute of Mental Health in 2005. Dr. Phillips served for two terms (2001-07) as the inaugural Chair of the Advisory Board for the CIHR Institute of Neurosciences, Mental Health and Addiction.

Dr. Phillips’ research interests are broadly based within the field of preclinical neuropsychopharmacology and systems neuroscience. He has published over 300 peer-reviewed articles and book chapters. His pioneering research, with H.C. Fibiger, laid the foundation for the role of dopamine in the neural control of motivation and memory, with its clinical implications for understanding biological correlates of addiction. He has a long-standing interest in applying knowledge concerning normal brain-behaviour function to understanding the neural bases of mental illness and addiction. Dr. Anthony Phillips received his PhD in Psychology from the University of Western Ontario, under the mentorship of Gordon Mogenson and subsequently spent time in the laboratories of Elliot Valenstein and James Olds at the Fels Research Institute and Division of Biology at the California Institute of Technology, respectively.