Center for Coastal and Ocean Mapping 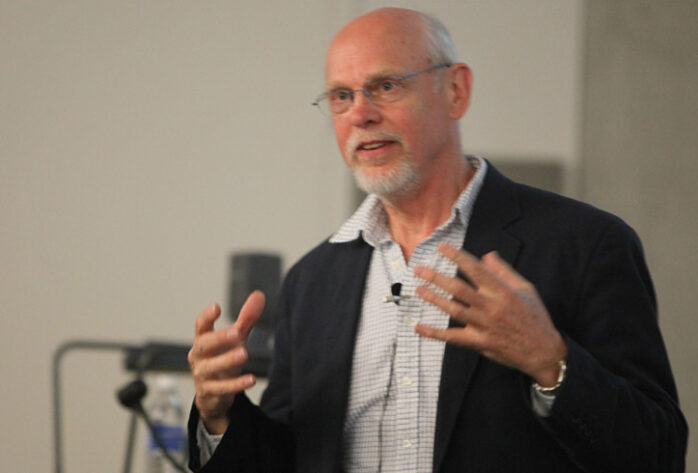 Colin Ware is the Director of the Data Visualization Research Labwhich is part of the Center for Coastal and Ocean Mapping at the University of New Hampshire. He is cross appointed between the Departments of Ocean Engineering and Computer Science. Ware specializes in advanced data visualization and has a special interest in applications of visualization to Ocean Mapping. He combines interests in both basic and applied research and he has advanced degrees in both computer science (MMath, Waterloo) and in the psychology of perception (PhD,Toronto).

Ware has published over 150 articles in scientific and technical journals and leading conference proceedings. Many of these articles relate to the use of color, texture, motion and 3D displays in information visualization. His approach is always to combine theory with practice and his publications range from rigorously scientific contributions to the Journal of Physiology and Vision Research to applications-oriented articles in ACM Transactions on Graphics and various visualization and human-computer Interaction Journals.

Colin Ware’s has written two books: Visual Thinking for Design is an up to date account of the psychology of how we think using graphic displays as tools. Information Visualization: Perception for Design now in its 3rd edition is a comprehensive survey of what human perception tells us about how to display information.