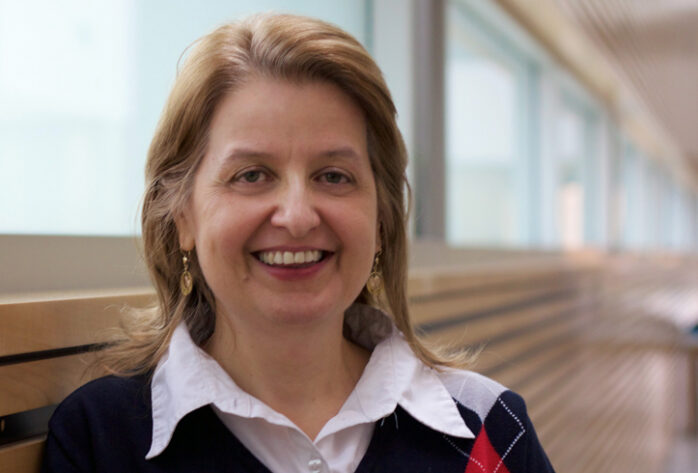 Dana Grecov received her BEng degree in Mechanical Engineering from University Politehnica in Bucharest and her PhD in Fluid Mechanics from Institut National Polytechnique de Grenoble. After a postdoctoral research fellow position at McGill University, she joined the University of British Columbia in 2005.

Dr. Grecov has published over 100 conference and journal papers, many of which are in prestigious journals. Her published papers are the outcome of the combination of analytical or/and experimental with numerical simulations. She has chaired many sessions at international conferences and advised more than 40 graduate and undergraduate students. She has directed industry sponsored research and several NSERC funded research projects as Principal Investigator. Dr. Grecov’s work has been highly interdisciplinary, involving collaborations with clinicians, but also chemical engineering, computer science, material science, physics.

For her year in residence at the Institute, she plans to carry out modeling and development of new thoracic aortic stents using innovative computational methods and analysing different stent implantation failures. Working in collaboration with a number of researchers (faculty members and graduate students) at UBC, she also plans to organize a Wall-sponsored workshop that will bring together international, Canadian and UBC experts in the critically important area of vascular stents.