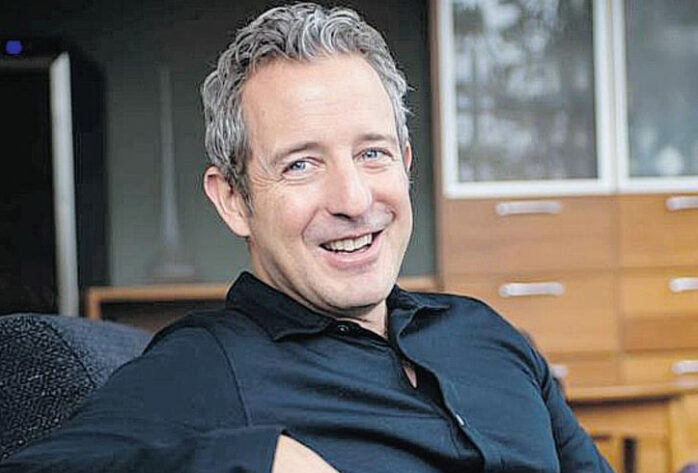 Dr. Slingerland received a B.A. from Stanford in Asian Languages (Chinese), an M.A. from UC Berkeley in East Asian Languages (classical Chinese), and a Ph.D. in Religious Studies from Stanford University.  He is an Associate member in the departments of Philosophy and Psychology, and Director of the Database of Religious History.  His research specialties and teaching interests include Warring States (5th-3rd c. B.C.E.) Chinese thought, religious studies (comparative religion, cognitive science and evolution of religion), cognitive linguistics (blending and conceptual metaphor theory), ethics (virtue ethics, moral psychology), evolutionary psychology, the relationship between the humanities and the natural sciences, and the classical Chinese language.

Recent scholarship in the cognitive science of religion, social psychology and anthropology has advanced the hypothesis that the development of large-scale, complex societies has been dependent upon the presence of “Big Gods,” that is, “powerful, omniscient, interventionist, morally concerned gods.” In tight-knit, hunter-gatherer societies composed of genetically related or otherwise closely related individuals, kin selection and reciprocal altruism can explain cooperation, or prosociality, among members of the group. In larger, more far-flung societies composed of genetically unrelated, anonymous strangers, however, the mechanisms of kin selection and reciprocity break down. How, then, can we explain the sudden rise of stable cities and social institutions that accompanied the agricultural revolution beginning with the Holocene period nearly 12,000 years ago?

This Roundtable will bring renowned scholars of world history together with experts here at UBC to assess this hypothesis in light of our collective knowledge of history: did the appearance of a Big God in a given social group affect the cooperation and success of that group and thereby propel its growth? The research mentioned above certainly suggests that the answer to this question should be “yes, everything else being equal.” To date, however, insufficient historical data and the lack of a transparent model for interpreting that data have prevented extending these findings to the human past.

The sentiment behind this exploratory workshop is that, although intuitively appealing and probably even innate, the sort of mind-body dualism that informs the sharp divide between the “two cultures” of the natural sciences and the humanities is no longer plausible in light of recent discoveries about human cognition. This means that it is time to focus more attention on bridging the increasingly untenable gap between these cultures, recognizing that the more complex human structures typically studied by scholars in the humanities – such as religion, culture, meaning, ethics, literature, consciousness, emotions, and aesthetics – can now in theory be incorporated into a vertically integrated understanding of humanity. To pursue this integration, humanists need to pay serious attention to both constraints and processes arising from scientific disciplines, especially those that most closely border on the humanities, such as psychology and animal behavior.

On the flip side, as scientists come to increasingly shift the focus of their research agendas from simpler to more complex processes, they need to team with experts in the humanities to acquire, process, and fully understand what is known about complex human phenomena such as religion or culture; such collaboration is also necessary to comprehend the social and ethical implications of discoveries in the biological and cognitive sciences regarding human phenomena.

The goal of this workshop is to explore the potential of a truly integrated approach to human culture, one that is novel in that it respects the emergent nature of human-level reality without ontologically fetishizing it. The panel discussions and workshop presentations will address this concern: how, practically and concretely, would adopting a vertically-integrated approach change the way humanists go about their work? More importantly, in what respects could adopting such an approach be seen as progress?