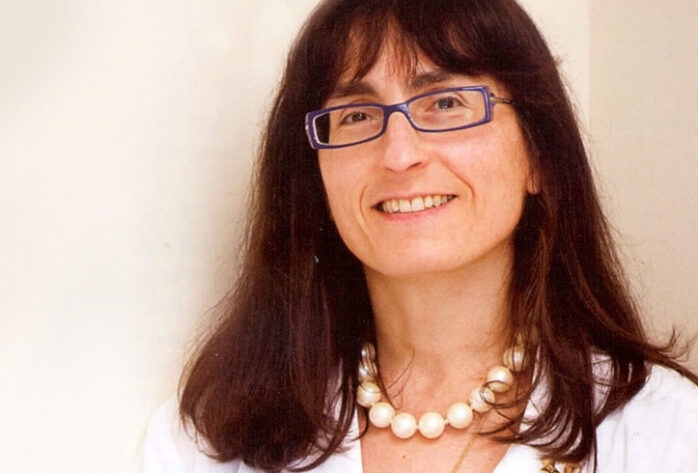 Dr. Elena Moro graduated in Medicine at the University of Trieste (Italy) in 1989 and completed her residency in Neurology at the Catholic University in Rome (Italy) in 1996. She received her PhD in Neurosciences from the Catholic University in Rome, after having spent one and a half years in Grenoble, France (Joseph Fourier University), where she worked under the supervision of Dr. P. Pollak and Dr. A.L. Benabid. For her doctoral research Dr. Moro studied the response to levodopa and the electrical parameters of stimulation in parkinsonian patients with subthalamic nucleus deep brain stimulation.

From 2000 to 2002 she moved to Milan (Italy) in order to start and develop a surgical team for Movement Disorders at the Niguarda Ca’ Granda Hospital. In 2002, she joined the Division of Neurology at the University of Toronto (Canada) as an Assistant Professor, and medical Director of the surgical program for Movement Disorders at the Toronto Western Hospital. She worked with Dr. A.M. Lozano and Dr. A.E. Lang. She was promoted to Associate Professor of Neurology of the Faculty of Medicine, University of Toronto, in 2009. In 2012 she moved to Grenoble, France, as Professor of Neurology at the Joseph Fourier University (CHU Grenoble).

She is currently investigating the effects of DBS on gait in parkinsonian and dystonic patients, the role of the superior colliculus as biomarker in Parkinson’s disease and the effects of the pedunculopontine nucleus stimulation. She is also responsible of the neurology teaching for undergraduate students and residents in neurology at the Faculty of Medicine of the Joseph Fourier University. She has so far published 108 scientific papers cited in PubMed and she has been an invited speaker to more than 100 international scientific meetings.

The talk will provide an overview of the current and future possibilities to modulate the activities of the human brain. She will particularly focus on ethical, neurological and psychiatric aspects of deep brain stimulation.