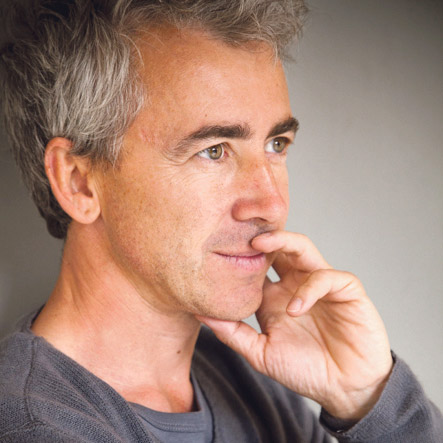 Hadrien Laroche is a scholar, a philosopher and a writer. He is a former student of the Ecole Normale Superieure (ENS). Prof. Laroche completed his doctorate in philosophy under Jacques Derrida in 1996 at the Ecole des Hautes Etudes en Sciences Sociales (EHESS); Jacques Derrida considered Laroche, his last doctoral student, as “one of the most talented and original thinkers of his generation.”

He has published fiction and non-fiction: essays on Jean Genet, Marcel Duchamp and four French-language novels-Les Orphelins (Paris: Allia/J’ai Lu, 2005), Les Heretiques (Paris: Flammarion, 2006), La Restitution (Paris: Flammarion, 2009), Qui va là! (Rivages, 2015), which placed him at the forefront of contemporary French writing. His past and ongoing work is devoted to the concept and experience of “man orphaned of his humanity.”