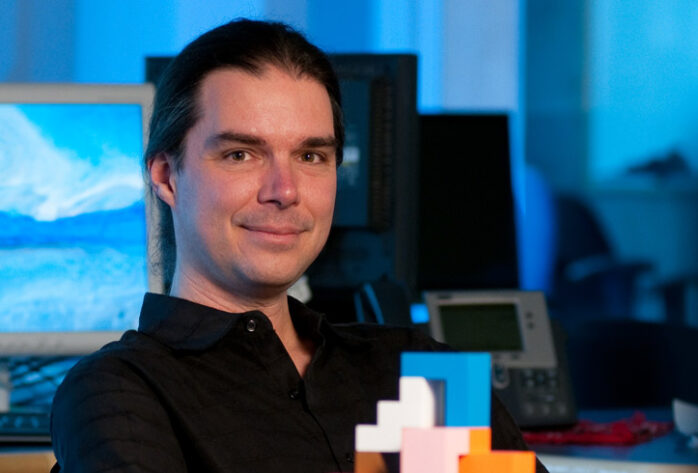 Since the mid-1990s, starting with his PhD work, Holger Hoos has pursued an ambitious and successful research program that is centred on methods for constraint reasoning, search, and optimization, and their application. His work has influenced many others in the field, not only through specific research findings but also by providing an example of how experimental studies can guide the development of new methods and algorithms. His co-authored book Stochastic Local Search: Foundations and Applications is considered the best in the field; it establishes taxonomies and tools for analysis that can be the basis for an engineering framework.

Dr. Hoos completed his doctorate in Computer Science at the University of Darmstadt in Germany in 1998 and then took up a post-doctoral fellowship at UBC, followed by an academic appointment in 2000. In recognition of his contribution to scholarship, he has won several best paper awards from top journals and conferences in his field and has been elected vice-president of the Canadian Society for Computational Studies in Intelligence. He was a 2001–2002 Peter Wall Early Career Scholar.