Institute for the History and Philosophy of Science and Technology 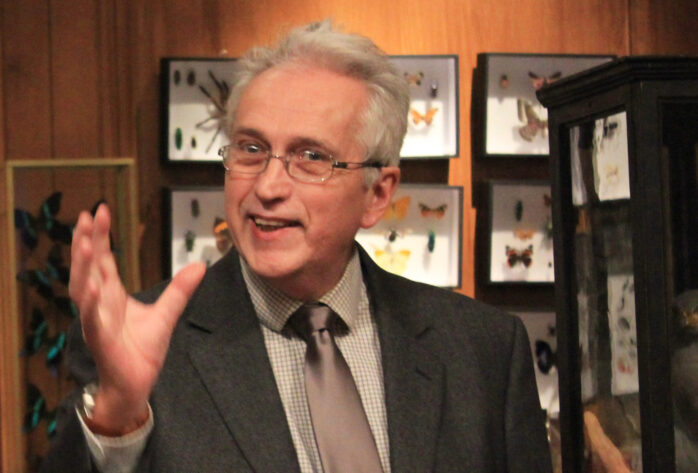 Professor Gayon (1940-2018) studied at the Université de Paris (1, 6, 7), completing advanced degrees in both philosophy and biology. After a Fulbright at Harvard, he taught in the Philosophy Department of the Université de Bourgogne, where he was promoted to the rank of Full Professor in 1990. He returned to Paris in 1997 and from 2001 has achieved the highest rank, “Professeur Classe exceptionnelle 2”, at the Université de Paris 1. His primary appointment is with the Institut d’Histoire et de Philosophie des Sciences et des Techniques (IHPST), where he also serves as the director.

He has received the Grammaticakis-Neuman Prize from the Académie des sciences de Paris, and is a member of the German National Academy of Sciences and of the Conseil scientifique de l’Un (Paris 1). He also has served on the Conseil scientifique du Muséum national d’histoire naturelle, and from 2000 to 2005, he served as a member of the adjudication committee for the Canada Research Chairs.

Professor Gayon lists approximately 250 publications, including 19 books. He is a leading scholar in the history and philosophy of biology, with major works on Darwin, Buffon, and Bergson.

Jean Gayon – French Scholars Lecture Series – 2013
Lecture Title: "Interdisciplinary Approaches to Human Enhancement." Professor Gayon will unpack the semantic content of the term, then address the three meanings that are normally ascribed, namely the improvement of human capacities, the improvement of human nature, and self-improvement. The lecture will also distinguish between novel and traditional forms of improvement, with a focus on breeding, the Enlightenment appeals to human progress, and the more classical controversy in ethics regarding self-improvement and the attainment of the perfect life. Professor Gayon will imbed his analysis in the history of biology, both evolutionary theory and eugenics. In the course of the lecture, he will address conceptual issues that pertain to natural selection and to microbiology, and draw connections to philosophy of science.