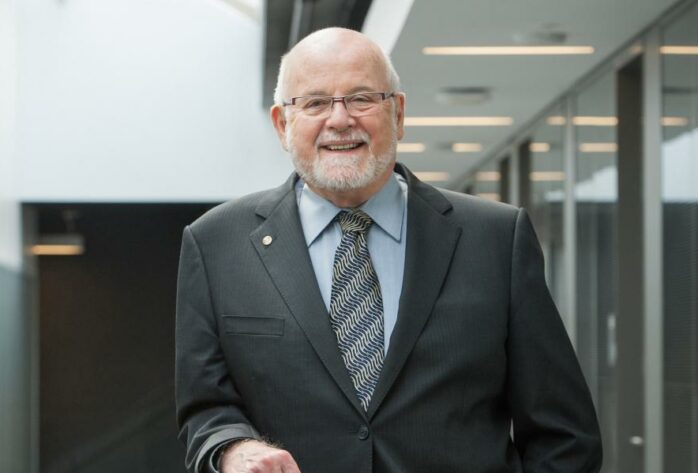 Dr. John McNeill is Professor and Dean Emeritus at the Faculty of Pharmaceutical Sciences.

Dr. McNeill’s research focuses on the effects of drugs on the heart. In particular, he has attempted to elucidate the biochemical mechanism of action of a number of drugs that produce a positive inotropic effect. He has also been interested in the mechanisms of action of drugs that interact with cardio stimulant agonists to enhance or block their effects.

His investigations on the effect of diabetes on rat hearts have revealed several biochemical, structural, functional and pharmacological differences. He has also found ways of treating the diabetes and preventing the cardiac changes in addition to insulin treatment. A more recent discovery has been that vanadium containing compounds lower blood glucose and prevent the secondary complications of diabetes in diabetic rats. He has recently synthesized and patented several compounds which have potential to be therapeutic agents.