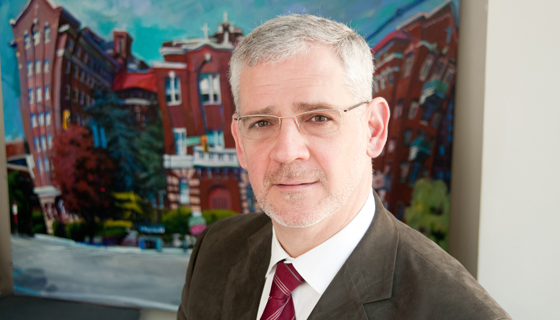 Dr. Julio Montaner is Director of the B.C. Centre for Excellence in HIV/AIDS, Canada’s largest HIV research organization, and Professor of Medicine at the University of B.C. He was the Global Advisor on HIV Therapeutics (2014 – 2017) to the Executive Director of the United Nations AIDS Programme.

Dr. Montaner has focused his research in the development of antiretroviral therapies and management strategies. In the mid 90’s, he played a key role in establishing the efficacy of NNRTI based highly active antiretroviral therapy (HAART), which emerged as the new global Standard of Care at the 1996 Vancouver International AIDS Conference, of which he was a co-organizer. He then focused his attention to HAART access to hard to reach populations, including injection drug users, and the treatment of multiple drug resistant HIV infection with great success. Since the late 90’s he pioneered the concept of Treatment as Prevention® (TasP® ). Dr. Montaner was the first to advocate for the expansion of HAART coverage to curb the impact of the HIV/AIDS pandemic, in terms of decreasing progression to AIDS and death, as well as decreasing HIV transmission. Largely through his efforts, TasP® has now been implemented with great success in BC, and progressively embraced by UNAIDS, China, PEPfAR, the US Government, and France, among others. In 2013 TasP® was fully incorporated in the WHO Consolidated ARV Guidelines.