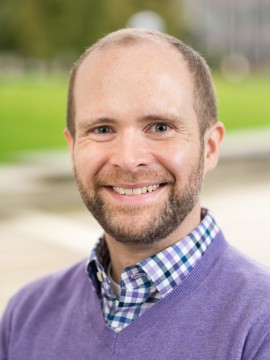 Dr. Kyle Frackman has a doctorate in German Studies from the University of Massachusetts Amherst. His research focuses on 18th to 20th-century literature, film and music as well as feminist and gender theory, queer studies, and cultural studies.