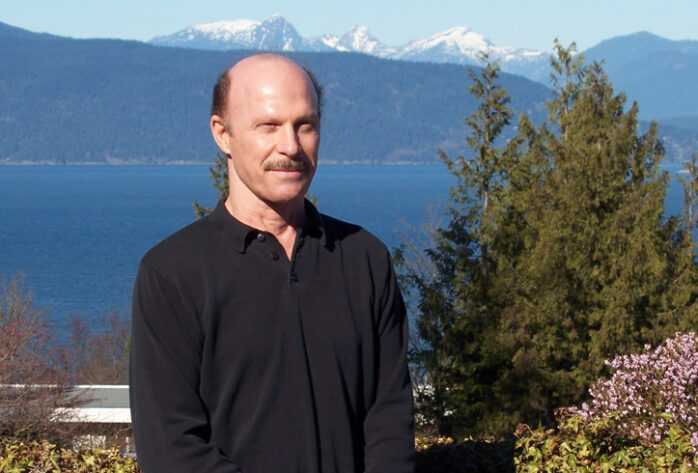 Dr. Ward is considered one of the most creative and original experimental psychologists in the field. As a theorist, he has always sought to conceptualize human behaviour in ways that can be put to empirical, quantitative test. Dr. Ward came to UBC as an Assistant Professor in 1974.

He was a Co-Investigator in the first Peter Wall Major Thematic Grant project, “Crisis Points and Models for Decision” (1997-2000). This involvement led him to conduct a series of ground breaking psychophysics experiments, for the first time using added noise to transmit information about a sub-threshold signal across the threshold of perception, and resulted in his book, “Dynamical Cognitive Science” (MIT Press, 2002).

Lawrence Ward – International Exchanges – 2010
Lawrence Ward, Department of Psychology, UBC; Conférencier Invité, Collège de France, May 2010 “I believe that this program will enrich both the Peter Wall Institute and the Collège de France as well as provide exciting opportunities for the individual scholars involved. I hope it will continue indefinitely.”  Professor Ward gave four lectures in English during his stay: Neural Synchronization and Cognition Neural Synchronization and Attention Neural Synchronization and Consciousness The Role of the Thalamus in Human Consciousness When not preparing or delivering lectures, Dr. Ward visited labs, attended conferences, and accomplished various writing projects including finishing the revision of the paper for publication: The Thalamic Dynamic Core Theory of Conscious Experience.
Lawrence Ward – Distinguished Scholars in Residence – 2005
Dr. Ward took advantage of his time at the Institute in 2005 to write up his research on the neural correlates of consciousness. He also intensified his interest in neural synchrony by serving as Co-Convener and Director of the first Wall Summer Institute for Research (WSIR), "Synchrony in Mind, Brain, and Consciousness."