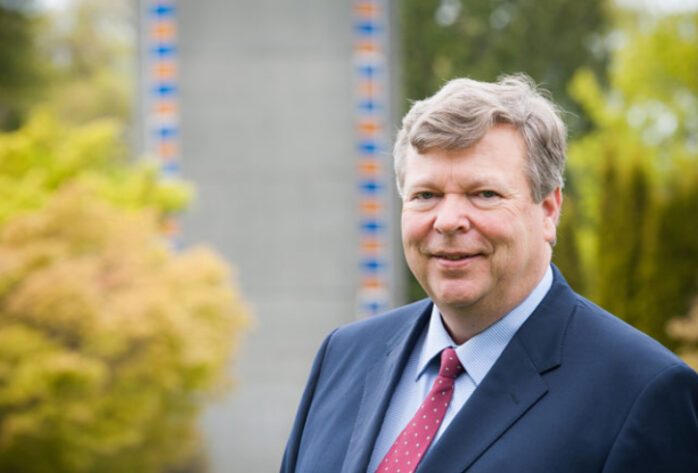 Lorne Whitehead received a Ph.D. in Physics from the University of British Columbia and is also a Professional Engineer. His career has involved sustained innovation in technology, business, and administration. From 1983 to 1993 he served as CEO of TIR Systems, a UBC spin-off company that he founded and which eventually grew to 200 employees prior to being purchased by Philips in 2007.

He has been a faculty member at UBC since 1994.  As a Professor in the Department of Physics and Astronomy, he carries out studies of the optical, electrical, and mechanical properties of micro-structured surfaces, a field in which he holds more than 130 US patents and numerous international counterpart patents. His technology is used in many computer screens and televisions.  He has also helped to start six additional new companies – Sonigistix, Brightside (purchased by Dolby Laboratories), Boreal Genomics, SunCentral, CLEARink Displays, and Elix Wireless Systems.