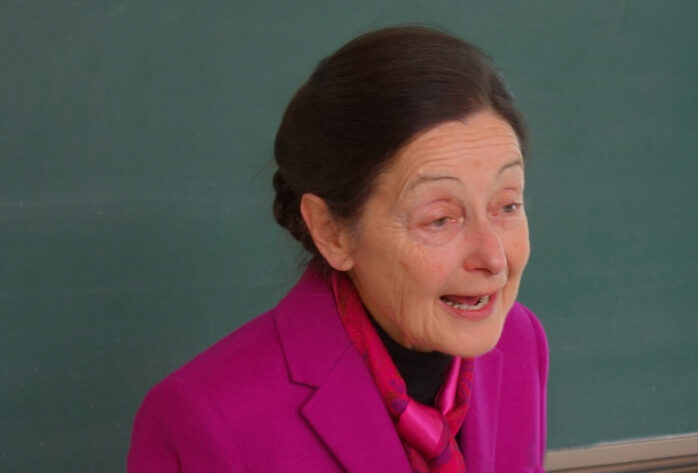 Professor Bruguiere works on the period before and after the 1911 XinHai Revolution (late 19th century to early 20th century); she is one of the top half dozen scholars of the period worldwide. Her long-running, detailed research has produced numerous books and articles. She puts the revolution in China not only into a Chinese context, but also into the context of the spread of revolutionary ideas from France, and the connections between the Chinese revolutionaries and French Indo-China. Professor Bruguiere also looks at the role of individuals in history, in particular the early revolutionaries including Sun Yat-sen, the leader of the revolutionary movement.

Professor Bruguiere has done a great deal of work in the field of education and education reform. This was one of the key areas of Chinese influence on France in the 18th Century, which led to the introduction of competitive examinations and a merit-based elite. Her understanding of the French system led her to focus at one stage of her work on the reform of education in prerevolutionary China. Professor Bruguiere has worked outside the research world, and has been the deputy director of the Ecole Normale Superieure. She has been heavily involved in academic relations between France, China and Taiwan, and holds honorary positions in both places.

Marianne Bastid Bruguiere – French Scholars Lecture Series – 2013
Lecture Topic: “The Issue of the Frontiers Between China and French Indochina: A Historical Retrospective.” The past haunts and informs the present. China's frontiers are a central concern today, as she becomes increasingly dominant in Asia. Her southernmost land frontier passes through wild mountains. Historically it was not clearly defined. There was constant friction between successive Chinese dynasties and their southern neighbor. When France created her colony in Indochina, frontier issues were contentious and remained so until the end of French colonial rule. Thereafter the frontier continued to pose difficulties between Vietnam and China, making for hostility, and, in 1979, war. The maritime frontiers have been equally contested, with China, Vietnam and the Philippines making conflicting claims to the seas between them. The Sino/Vietnamese frontier issues, always potential flash points, can only be understood in historical perspective.