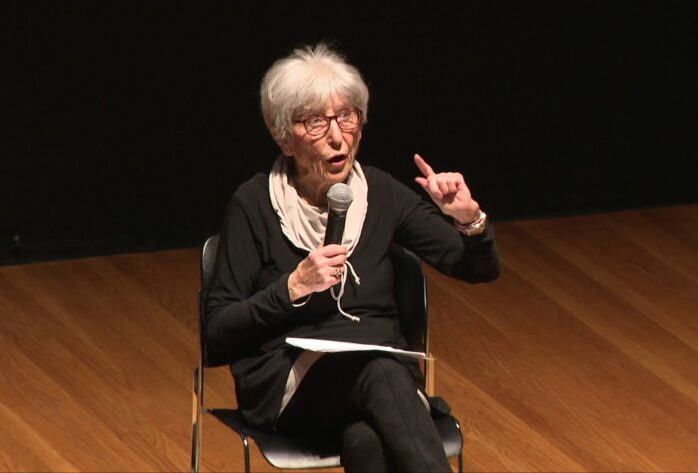 Marketa Goetz-Stankiewicz (Feb. 15, 1927 – Nov. 6, 2022) was the Department Head of Germanic Studies from 1980 to 1985. She has contributed some thirty essays on German, Comparative, Czech and Polish literature to books and periodicals, has written introductions to plays and theatre programs, and several of her essays have been reprinted in collections of literary criticism or translated and reprinted in other languages. In 1972 and 1992 she was awarded UBC Excellence in Teaching awards; in 1988 she received the order of the Ordo Scriptores Bohemici in Prague; in 1992 she was awarded the Boeschenstein medal of the CAUTG.