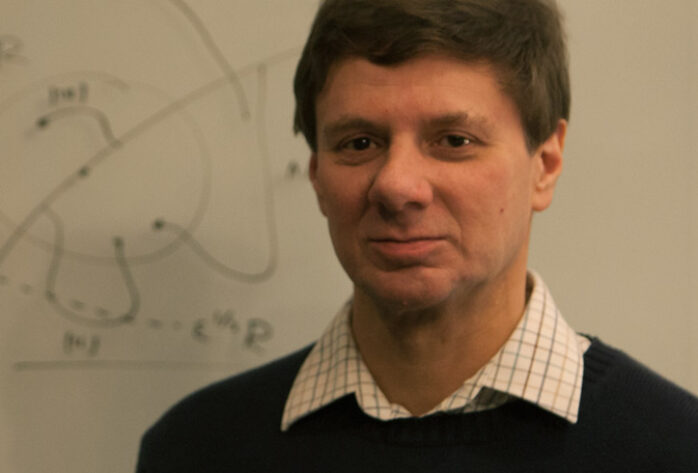 Martin Barlow is a leading figure in probability theory and one whose work has shaped research in the field of stochastic analysis, a field in which it is not easy to make an impact. He began his career by developing profound ideas in the area of stochastic calculus, making a number of important contributions to the theory of stochastic processes, especially in the realm of Brownian motion on fractals. He also has close connections with the theory of “disordered media” in physics and has explored a number of related topics in stochastic analysis in Euclidean space, manifolds, and graphs. Dr. Barlow is the leading international expert in the behaviour of diffusions on fractals and other disordered media.

Dr. Barlow holds a Bachelor of Mathematics and a diploma in Mathematical Statistics from the University of Cambridge; he received his PhD from the University of Wales in 1978. Since his appointment as Associate Professor of Mathematics at UBC in 1992 and Professor in 1994 he has lectured worldwide, including most recently the Institute of Mathematical Statistics Medallion Lecture at the World Congress of the Bernoulli Society. Dr. Barlow has received many international fellowships, including fellowships with the Royal Society of Canada and with the Royal Society (London).

Martin Barlow – Distinguished Scholars in Residence – 2009
At the Institute, Dr. Barlow prepared a book manuscript on the topic, “Random Walks on Graphs,” and initiated research on topics of long-standing interest that are broadly connected with the history of science.