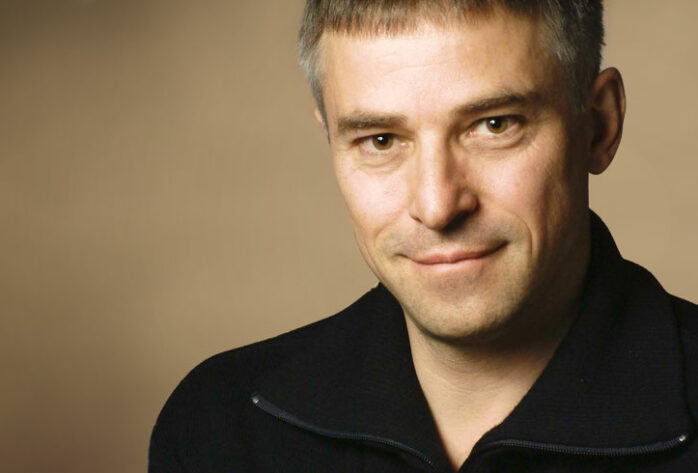 Michael Doebeli is a specialist in the origin of biological diversity and has pioneered the study of speciation through the approach of mathematical biology. He was the co-author on one of the most widely cited speciation papers ever, “On the Origin of Species by Sympathetic Speciation,” in Nature (1999), and is engaged in integrating his work on species diversification to develop an evolutionary understanding of cooperation.

Dr. Doebeli received his MA and PhD in Mathematics from the University of Basel, Switzerland with a special emphasis on dynamical systems in zoology. Since joining UBC as an Assistant Professor in 1999, becoming Professor in 2007, Dr. Doebeli has taught advanced courses in Ecology and Mathematical Biology. He is past director of the Integrated Sciences Program in the Faculty of Science. In addition to his notable publication history, his work has been honoured with such national awards as the NSERC Steacie Fellowship, the UBC Charles S. McDowell Award for Excellence in Research and a UBC Killam Memorial Fellowship.

Given his prior history as a Peter Wall Early Career Scholar in 2000, and a 2009 Scholar in Residence appointment, the Institute was pleased to support the completion of Dr. Doebeli’s book monograph addressing the evolution of diversity in biology, language, and culture for Princeton University Press. The mathematical and experimental models he addressed will be expanded further as he follows his interest in the origin of diversity in language and religion, approached from an evolutional perspective.

Michael Doebeli – Exploratory Workshops – 2012
This workshop was held June 6-8, 2013. Cooperation is a fundamental feature of all biological systems and is thought to be at the root of all major transitions in the history of life on earth. For example, the formation of the first cells through integration of molecular pathways, the evolution of multicellular organisms from single-celled ancestors, and the evolution of complex societies are all based on cooperation. Humans have formed the most complicated societies, and cooperation is at the very basis of this complexity: without widespread cooperation, large-scale human societies could not exist. But every form of cooperation faces the fundamental dilemma of cheating. In classical evolution, the Darwinian problem of cooperation is that defectors who reap the benefits but do not pay the costs of cooperation appear to have a fitness advantage. A similar phenomenon occurs at the cultural level in human societies, and every human being knows the temptation to defect in many different circumstances. Because cooperation is of paramount importance for the long-term sustainability of human societies (e.g. in terms of nutrition, energy consumption, climate change, wars, etc.), it is therefore of central importance to understand the mechanisms, processes and social structures that generate and maintain cooperation among humans. The proposed workshop serves the purpose to bring together leading scholars from a wide array of academic disciplines to initiate a comprehensive study of cooperation in humans by addressing the following main questions: What are the general mechanisms, processes and structures that promote cooperation in humans? This question should be addressed both theoretically, using mathematical models for cultural evolution, and experimentally, using experimental and comparative approaches. How can mechanisms and structures promoting cooperation among humans be implemented in the real world, e.g. through ethical decision making, law and legal frameworks, and dispute system design? UBC is in the unique position to have a number of world-renowned scientists and academics working at the forefront of studying and implementing human cooperation. By inviting the top international scholars in the field to the Exploratory workshop, the team will attempt to lay the foundations for a research agenda addressing the main questions about human cooperation over the next decade.
Michael Doebeli – Theme Development Workshop – 2012
Michael Doebeli – Distinguished Scholars in Residence – 2009
Michael Doebeli – Early Career Scholars – 2000