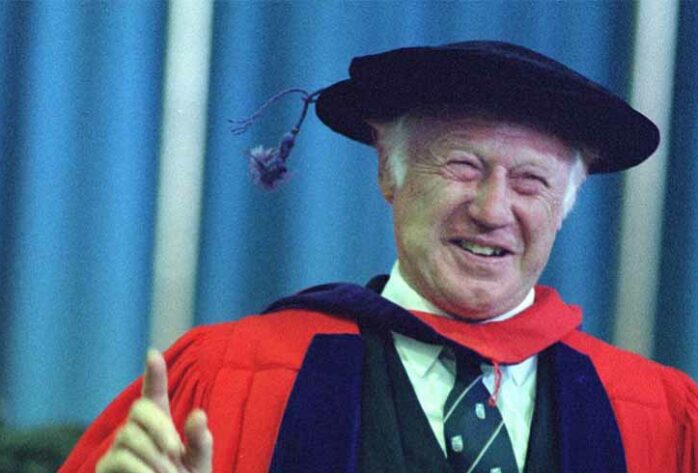 Michael Smith (April 26, 1932 – October 4, 2000) was a British-born Canadian biochemist and businessman. He shared the 1993 Nobel Prize in Chemistry with Kary Mullis for his work in developing site-directed mutagenesis. Following a PhD in 1956 from the University of Manchester, he undertook postdoctoral research with Har Gobind Khorana (himself a Nobel Prize winner) at the British Columbia Research Council in Vancouver, British Columbia, Canada. Subsequently, Smith worked at the Fisheries Research Board of Canada Laboratory in Vancouver before being appointed a professor of biochemistry in the UBC Faculty of Medicine in 1966. Smith’s career included roles as the founding director of the UBC Biotechnology Laboratory (1987 to 1995) and the founding scientific leader of the Protein Engineering Network of Centres of Excellence (PENCE). In 1994 he was named Peter Wall Distinguished Professor of Biotechnology. Subsequently he became the founding director of the Genome Sequencing Centre (now called the Genome Sciences Centre) at the BC Cancer Research Centre.