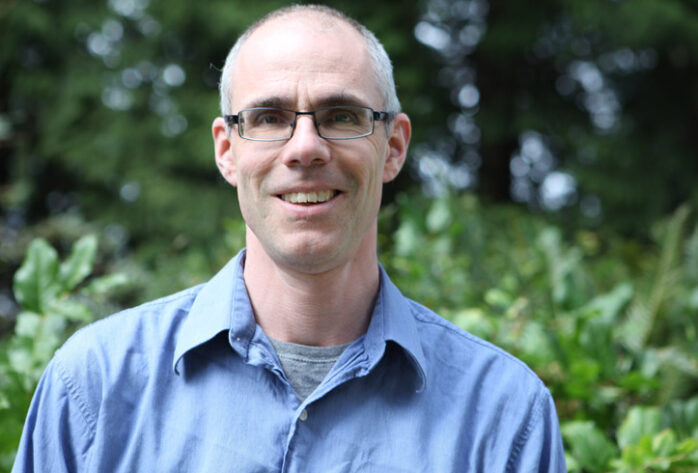 Michael Wolf was born in Halifax, NS and completed his BSc in biochemistry and chemistry at Dalhousie University, and his PhD at MIT where he worked with Mark Wrighton. He was an NSERC postdoctoral fellow with Marye Anne Fox at the University of Texas-Austin, before joining the University of British Columbia as an assistant professor in 1995. Currently a full professor, he serves as graduate advisor in the Department of Chemistry at UBC. His group has contributed to the fields of conjugated polymers and materials, the photochemistry and photophysics of conjugated materials and coordination complexes, and the synthesis and applications of modified nanomaterials. He served as the director of the Laboratory of Advanced Spectroscopy and Imaging Research (LASIR) at UBC, and is the UBC lead of the Prometheus Project, BC’s Multi-Institution Advanced Materials Science and Engineering Initiative. He has served as the chair of the Inorganic Division of the CSC, as well as the director for Subject Divisions on the CSC Board, and is on the editorial board of ACS Applied Materials and Interfaces. He won a UBC Killam Research Prize in 2003, the CSC Award for Pure and Applied Inorganic Chemistry in 2004, and was elected a Fellow of the CIC in 2015.