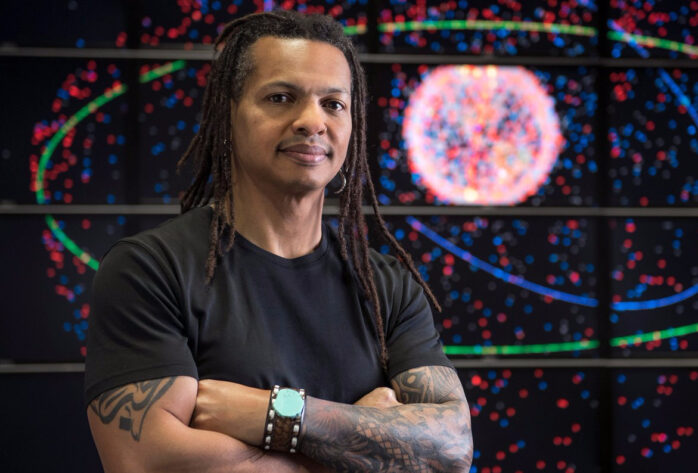 Dr. Moriba Jah joined the Department of Aerospace Engineering and Engineering Mechanics in 2017. His research interests are in non-gravitational astrodynamics and advanced/non-linear multi-sensor/object tracking, prediction, and information fusion. His expertise is in space object detection, tracking, identification, and characterization, as well as spacecraft navigation.

Prior to being at UT Austin, Dr. Jah was the Director of the University of Arizona’s Space Object Behavioral Sciences with applications to Space Domain Awareness, Space Protection, Space Traffic Monitoring, and Space Debris research to name a few. Preceding that, Dr. Jah was the lead for the Air Force Research Laboratory’s (AFRL) Advanced Sciences and Technology Research Institute for Astronautics (ASTRIA) and a Principal Investigator for Detect/Track/Id/Characterize Program at AFRL’s Space Vehicles Directorate.