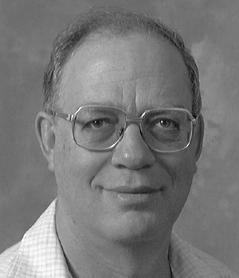 Moshe Shapiro, who was a research pioneer in the area of quantum control of molecular dynamics, passed away on December 3, 2013 in Israel. He was 69 years old.

Moshe did his PhD under the guidance of Professor Raphael D. Levine, in Theoretical Chemistry at the Hebrew University, working on photodissociation and molecular collisions. This was followed by a postdoc at Harvard University during the years 1970-1972, where Moshe worked with Martin Karplus, the 2013 Nobel laureate in Chemistry. For the next 30 years he was a central member of the Department of Chemical Physics at the Weizmann Institute, where he served as a department chair and was the Jacques Mimran Professor of Chemical Physics. Starting in 2002, Moshe joined the Chemistry Department of the University of British Columbia where he held the Canada Research Chair Professorship in Quantum Control. During all these years he maintained close ties with the Weizmann Institute.

In the course of his career, Moshe published more than 300 scientific papers. He was one of the founders and central figures of the field of coherent control and co-author of the book Principles of the Quantum Control of Molecular Processes (Wiley, 2003, 2nd ed. 2012), along with Professor Paul Brumer of the University of Toronto.

Moshe’s research involved experiment as well as theory. Besides his pioneering work in quantum control he made lasting contributions to the theory of photodissociation and photorecombination processes, laser catalysis, quantum computing and decoherence, transition state spectroscopy, potential inversion and wavefunction imaging, strong field phenomena in atoms and molecules, quantum theory of elementary exchange reactions and foundations of quantum mechanics. In recent years his research focused on the control of molecular, atomic, and photonic processes with coherent light, quantum pattern recognition, coherent chiral separation and the coherent suppression of spontaneous emission, decoherence and other decay processes.

His awards include the Willis E. Lamb Medal for achievements in the Physics of Quantum Electronics (2007), John C. Polanyi Award of The Canadian Society of Chemistry (2011), Fellow of the American Physical Society (2004), Fellow of the UK Institute of Physics (2004), the Israel Chemical Society Award (2001), the Michael Landau Prize (1985), Lisa Meitner – Alexander von Humboldt Research Award (1995), the Weizmann Prize of the city of Tel Aviv (1999), the Kolthoff Prize of the Technion (1998) and the Sacks and Yeroslawski awards of the Weizmann Institute.

Moshe is remembered by the community for his broad-ranging research interests and his passionate love of science. He was constantly innovating and always abreast of the most recent developments in his field. He was well-known and appreciated for his lively interactions with both senior and junior colleagues, both at conferences and one-on-one. He left large footprints to follow.