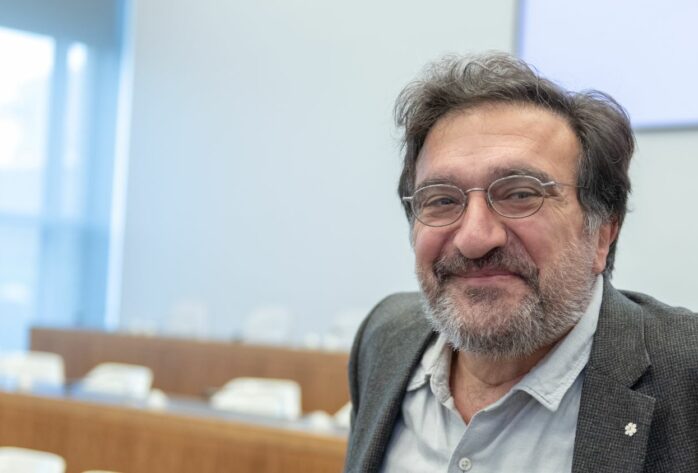 Dr. Nassif Ghoussoub obtained his Doctorat d’état in 1979 from the Université Pierre et Marie Curie in Paris, France. His present research interests are in non-linear analysis and partial differential equations. He is currently a Professor of Mathematics, and a “Distinguished University Scholar” at the University of British Columbia. He also served as an elected member of the Board of Governors of the University for the periods 2008-2014 and 2018-20.

He was the founding Director of PIMS (Pacific Institute for the Mathematical Sciences) for the period 1996-2003, a co-founder of the MITACS Network of Centres of Excellence (Mathematics of Information Technology and Complex Systems) and a member of its Board of Directors for the periods 1998-2003 and 2008-16. He is also the founder of BIRS (The Banff International Research Station) and has been its Scientific Director for the period 2004-2020.