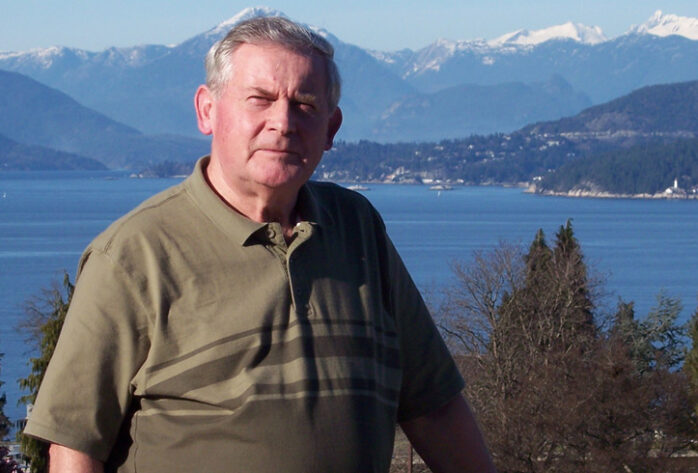 Olav Slaymaker, Professor Emeritus of Geography, is an authority on changing landscapes at local, regional and global scales, and a consultant to UNESCO’s World Heritage Site selection criteria. He is a former Governor of the International Development Research Centre (1994–2002), and President of the International Association of Geomorphologists (1997–2001). He co- authored Canada’s Changing Cold Climates (with Hugh French) 2012 and The Cryosphere and Global Environmental Change (with Richard Kelly) 2007, and is currently focused on protected areas in Canada, with recent chapters on protected areas of western (2017) and eastern Canada (2020).

An award-winning international expert in physical geomorphology and the environment of the cryosphere (landscapes of ice and snow). He has authored, co-authored, or edited nearly twenty books, including Mountain Geomorphology (Arnold, 2004), received dozens of international awards and special honours, and served on numerous major international and national professional associations and committees. Dr. Slaymaker came to UBC as an Assistant Professor in 1968.

Dr. Slaymaker has developed a range of interdisciplinary intellectual interests that have taken him from his original area of field measurement and analysis of erosional processes in the mountains of British Columbia to the analysis of lake sediments as proxies for climate and land use changes over the Holocene, and on to his current interest: the human implications of the great future environmental changes. Reflecting this shift in focus was the major Exploratory Workshop he led at the Peter Wall Institute in April 2003, Mutual Vulnerability, Mutual Dependence: The Reflexive Relation Between Human Society and the Environment.

The Wall Catalyst Emeriti cohort meets monthly to share research experience and engage with guest lecturers on the topic of the Climate and Nature Emergency. They will generate op-ed pieces and/or manifestos in the public media and, where possible, reinforce local initiatives relevant to ameliorating environmental change impacts.

The cohort also engages with the general membership of the UBC Emeritus College by contributing to the College’s general programming which is also open to the general public.

Olav Slaymaker – Distinguished Scholars in Residence – 2005
Olav Slaymaker – Exploratory Workshops – 2005
The workshop took place February 26 - 28, 2006. The circumpolar region is subject to two major driving forces: climate change and land cover change. These are polar specific instances of world-wide accelerated environmental change. Climate change has received the most intense investigation over the past decade, including: several EPCC Reports (Watson et al., 1996; 1998; 2001; Houghton et al., 2001; McCarthy et al., 2001) and the Arctic Climate Impact Assessment (ACIA; Hassol, 2004). Land cover change and associated anthropogenic processes have received less attention. This proposed workshop responds to one of the three recommendations contained in the (Hassol, 2004); to assess the vulnerabilities to disturbance of major cryospheric and socio-economic systems in the circumpolar world. The workshop will emphasize terrestrial processes because (a) these have been neglected compared to coupled atmosphere-ocean processes, which are more readily modelled in GCM's (Hassol, 2004, p. 122); (b) the interaction between people and environment is most evident on land, where the 3.6 million residents of the circumpolar world live; and (c) the system at risk is the integrated 'atmosphere-ocean-land-people system'. This system needs to be assessed in terms of the current and progressive state of degradation, with attention to the possibility, at some point, of ecological collapse. The major cryospheric systems (snow, river and lake ice, glaciers, permafrost, ice sheets and sea ice and socio-economic systems (communities, economies, cultures and political groups) in the circumpolar world will be discussed and debated in relation to their sensitivity to disturbance and their current status in relation to global environmental and atmospheric change.
Olav Slaymaker – Exploratory Workshops – 2002
Human society affects environmental change but is also vulnerable to these changes. This relation has generated a number of theories that either focus on how we affect the environment or how the environment affects us. Few theories explicitly focus on the reflexive nature of this interaction and policy suffers as a result. This workshop will establish the range of data required to give an assessment of how likely an ecosystem is to change (which we label environmental sensitivity) and the ability of communities to adapt (social resilience). Illustrative case studies, drawn from both the industrial and developing world agricultural and forestry sectors, will allow us to develop this approach and help us generate a new method for assessing the reflexive relation between society and the environment.