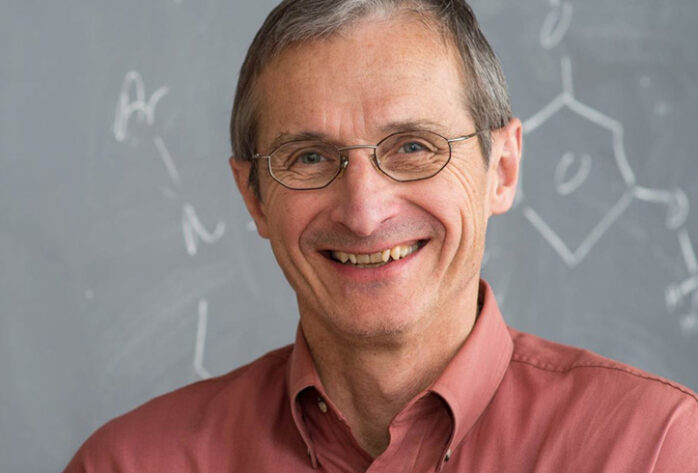 Richard R. Schrock obtained his B. A. degree in 1967 from the University of California at Riverside and his Ph. D. degree from Harvard University in 1971. He spent one year as an NSF postdoctoral fellow at Cambridge University followed by three years at the Central Research and Development Department of E. I. duPont de Nemours and Company. In 1975 he moved to M.I.T. where he became full professor in 1980 and the Frederick G. Keyes Professor of Chemistry in 1989.

R. R. Schrock has been an Alfred P. Sloan Fellow and a Camille and Henry Dreyfus Teacher-Scholar. He has received the ACS Award in Organometallic Chemistry (1985), the Harrison Howe Award of the Rochester ACS section (1990), an Alexander von Humboldt Award (1995), the ACS Award in Inorganic Chemistry (1996), the Bailar Medal from the University of Illinois (1998), and an ACS Cope Scholar Award in 2001. He was the Sir Geoffrey Wilkinson Lecturer and Medalist (2002) and the Sir Edward Frankland Prize Lecturer (2004), has received the F. Albert Cotton Award in Synthetic Inorganic Chemistry (2006), the Theodore Richards Medal from the Northeast ACS section (2006), and the August Wilhelm von Hofmann Medal from the German Chemical Society (2005), and in 2005 shared the Nobel Prize in Chemistry with Y. Chauvin and R. H. Grubbs. In 2014 he received the Paracelsus Prize from the Swiss Chemical Society. He has received honorary degrees from the universities of Zaragoza, Rennes, St. Andrews, and RWTH Aachen. He has been elected to the American Academy of Arts and Sciences and the National Academy of Sciences, and is a foreign member of the Royal Society. He was Associate Editor of Organometallics for eight years, and has published over 575 research papers.