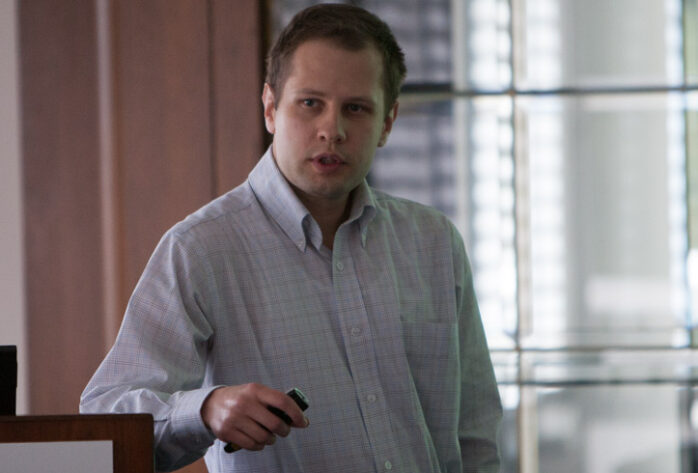 Roman Krems is Associate Professor of Theoretical Chemistry at the University of British Columbia in Vancouver, Canada. He graduated from Moscow State University, Russia, in 1999 and obtained a Ph.D. in physical chemistry from Göteborg University, Sweden, in 2002. He was Smithsonian Predoctoral Fellow at the Harvard-Smithsonian Center for Astrophysics in 2001–2002 and Postdoctoral Fellow at the Harvard-MIT Center for Ultracold Atoms in 2003–2005. His current research focuses on understanding the effects of external electromagnetic fields on dynamics of molecules at low temperatures, the interaction properties of cold and ultracold molecules, and ultracold chemistry.