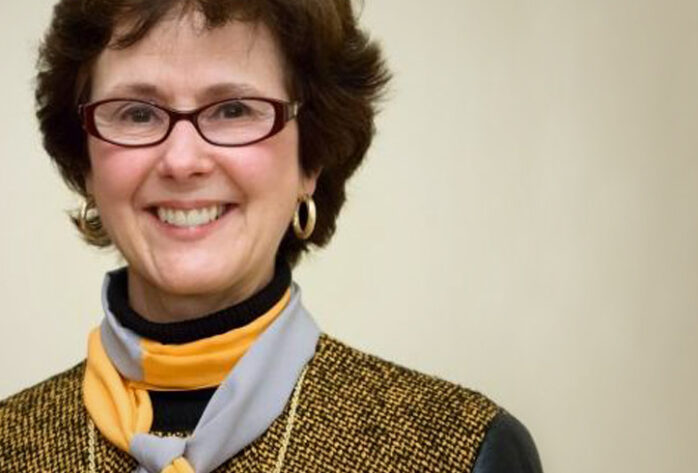 Dr. Grace’s teaching and research interests lie in the areas of 20th century Canadian literature and culture, drama, biography and autobiography, and interdisciplinary studies in 20th century literature, art, film, theatre and music. She served as head of the UBC Department of English from 1997-2002 and earlier as Associate Dean of Arts. Dr. Grace has received many research awards, including a Canada Council Killam Research Fellowship 2004-2006. Her honours and awards include the UBC Killam Research Prize in 1990 and the UBC Jacob Biely Prize in 1998. In 1991, Dr. Grace was elected a Fellow of the Royal Society of Canada. She was made a UBC Distinguished University Scholar in 2003.

The breadth and depth of Dr. Grace’s research interests are well illustrated by her extensive publication record. She has published over 150 articles and 13 books. Notable among her books are: Sursum Corda! The Collected Letters of Malcolm Lowry (Vol. I. London and Toronto, Jonathan Cape and U. of Toronto Press, 1995; Vol. II 1996); Canada and the Idea of North (Montreal and Kingston: McGill-Queen’s U., 2002); Performing National Identities: International Perspectives on Contemporary Canadian Theatre, co-edited with Albert-Reiner Glaap, (Vancouver: Talonbooks, 2003).

Sherrill Grace – Distinguished Scholars in Residence – 2003
At the Institute in 2003, the primary focus of Dr. Grace’s research was in the area of autobiography. She worked toward completing a new edition of Mina Benson Hubbard’s 1908 book A Woman's Way Through Unknown Labrador and worked on an in-depth study of Canadian playwright and woman of the theatre Sharon Pollock.
Sherrill Grace – Exploratory Workshops – 2002
Despite the immense popularity of biography and autobiography today, little research has been devoted to exploring how the theatre addresses the AutoBiographical or how a play, especially in performance, differs from traditional modes of AutoBiography. Scholars and the general public are very familiar with narrative forms of biography and autobiography, but theatre specialists are well aware that a significant number of contemporary plays are overtly AutoBiographical. Focussed research on this aspect of AutoBiography is needed and will be both timely and innovative. This workshop will bring together scholars in biography, autobiography, and theatre to explore the intersection of Theatre and AutoBiography. We are planning three days of lectures, panels, and roundtable discussions that will coincide with the production of Joy Coghill's play Song of the Place at UBC's Freddie Wood Theatre. This play, apart from its separate life as a published text and a production, will serve as an exemplary 'case study' for the workshop because it is an AutoBiographical play about the eminent Canadian painter Emily Carr that draws directly on Carr's letters, journals, diaries, autobiography, and on biographies of Carr; it is also deeply connected with Coghill's own "life-story" as an artist (award-winning actor, writer, director, and artistic director). Guest speakers will be invited from across Canada, the UK, Australia, and possibly the USA. Panels will be developed by the three main organisers from solicited presentations and vetted proposals in order to concentrate on theoretical issues, practical theatre challenges, and specific playwrights and themes. Graduate students and postdoctoral fellows will be especially encouraged to present their research. A fourth day is planned, after the workshop, to enable the organisers and other participants to begin drafting a book based on the research presented during the workshop.