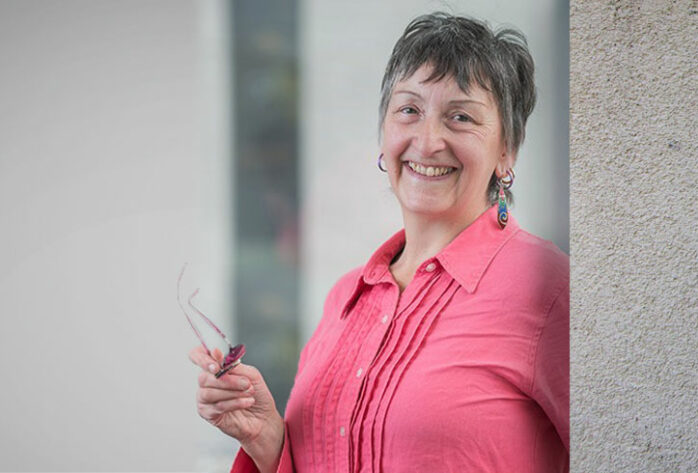 Dr. Susanna Braund is a Canada Research Chair, Tier I, in Latin Poetry and its Reception and a Professor in the Department of Classical, Near Eastern and Religious Studies at UBC. She previously taught at the universities of Exeter, Bristol and London and at Yale and Stanford Universities. Her Canada Research Chair project is a collaborative project on the reception of Latin Poetry as measured through translation history which will build on her work on the translation history of Virgil (in Russian) and of Lucan and Seneca’s tragedies. She is specifically interested in how the translation history of different authors into different European languages (English, French, Italian, Russian, Spanish, German, Dutch) reflects trends in wider intellectual history. Dr. Braund’s most recent project is A Companion to Persius and Juvenal (Blackwell Companions to the Ancient World) with co-editor Josiah Osgood (November 2012). Her books currently in preparation include translations of Seneca’s Oedipus, Agamemnon and Phoenissae for the Chicago Seneca Project and a companion to Seneca’s Oedipus (Bloomsbury). She has several essays forthcoming on the reception of classical literature. In February 2012 Dr. Braund hosted the Wall Scholars Café, What gets lost in translation? She was appointed chair of task force on translations by the American Philological Association VP Research and was co-chair of the Steering Committee of the Women’s Classical Caucus.

Virgile traduit
Principal Investigator: Dr. Susanna Braund, Department of Classical, Near Eastern and Religious Studies, UBC.
The Institute held the Colloquium Abroad at the Collège de France and Institut d’Études Avancées, Paris, France, on June 16-17, 2014. This international colloquium focused on advancing our understanding of the complex role of translations of Virgil’s poetry in European literature and culture, with particular focus on French translations.

This workshop was held March 6 – 8, 2009.
UBC’s mission is ‘education for global citizenship’. There can be no activity more central to global citizenship than translation. Whether we realise it or not, we all engage in multiple acts of ‘translation’ every day. Translation extends beyond words and texts; it involves values and ideologies. We cannot expect to become global citizens without understanding other cultures, and that entails understanding how acts of translation work. We need to know what gets lost, found, suppressed, enhanced and changed in translation. Translation is closely bound up with authority. Any translation transaction involves two languages or cultures, usually in a hierarchical relationship, whether this is implicit or explicit. Yet we often invest translations with enormous authority, with little reflection on modes of production or the impact of the hierarchies of languages, cultures, values or ideas. For example, we expect that the foreign films we view are properly subtitled and provide us with an experience as close as possible to the original. But should we? Subtitles have often been the site of censorship, as in the case of the Thai rewriting of subtitles of The Da Vinci Code. In other words, translation is usually a political act. The Workshop will be our first step towards establishing an interdisciplinary research cluster at UBC, with ties to world-class scholars and practitioners at other institutions, focusing on the theory and practice of translation. This research cluster will seek to foster academic ties not only among Humanities scholars, but also those working on issues of linguistic and cultural translation in the Social Sciences, Law and Applied Sciences. Our ultimate aim is to create a Centre for Translation Studies at UBC; we have critical mass and we believe this is the perfect moment for this venture. In the Workshop we will discuss the models utilised in translation between texts in different languages emanating from different cultures and we will explore the issues of authority, inferiority and superiority implied by those models. The pivotal position of UBC on the Pacific Rim gives us a unique opportunity to make a valuable contribution to civic and intellectual life within and beyond Vancouver and British Columbia.