Institute for Resources, Environment and Sustainability 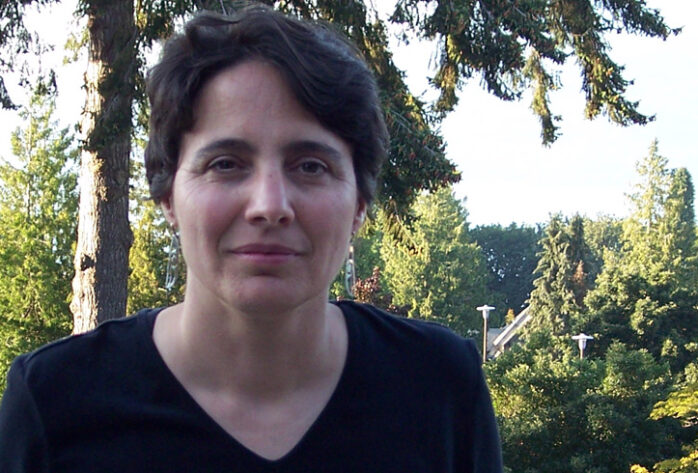 An anthropologist by training and an interdisciplinarian by design, Dr. Satterfield’s work concerns sustainable development in the context of debates about cultural meanings, environmental values, perceived risk, environmental and ecosystem health. Difficult environmental policy dilemmas and the qualitative and quantitative methods that might resolve these are of particular interest. Locally, her work pertains to First Nations interest in land management, oil and gas development, and regulatory contexts. Globally, her research incorporates biodiversity management and politics, and the perceived risk of new technologies (biotechnology, fracking and nanotechnology). She is also a board member or research scientist for several international initiatives that seek to better integrate social science research into policy analysis normally led by the natural and engineering scientists.

Theresa Satterfield – Wall Solutions – 2011
Reasserting 'Namgis Food Sovereignty in an Era of Climate Change  Principal Investigator: Terre Satterfield, Institute for Resources, Environment and Sustainability (IRES) Partner Organization: 'Namgis First Nation 'Namgis First Nation is working with partners at UBC to develop approaches towards the reassertion of local food sovereignty within 50 years and in light of anticipated climate impacts. We define food security as "the right of each nation to maintain and develop its own capacity to produce its basic foods respecting cultural and productive diversity..." in its own territory. Accordingly, the overall objective of this research is to identify different paths to food sovereignty in this region by characterizing the relative biological sensitivity, social resilience, and cultural viability associated with a range of marine, estuarine and land-based foods given expected climate impacts. This will be achieved by 1) constructing a baseline set of local food options drawing from historical, early industrial and contemporary options, and from this 2) developing a set of Climate-Adaptive Signatures for a core set of foods based on whether or not potential foods are (a) more or less biologically sensitive to expected climate impacts (b) economically viable, (c) nutritionally viable (d) supportable by local social and physical infrastructure in the current and foreseeable future, and (e) preferable given changing dietary habits. The expected product will be a Climate-Adaptive Food Sovereignty Plan in support of 'Namgis desire for greater reliance on traditional yet climatically robust foods.
Theresa Satterfield – Early Career Scholars – 2004