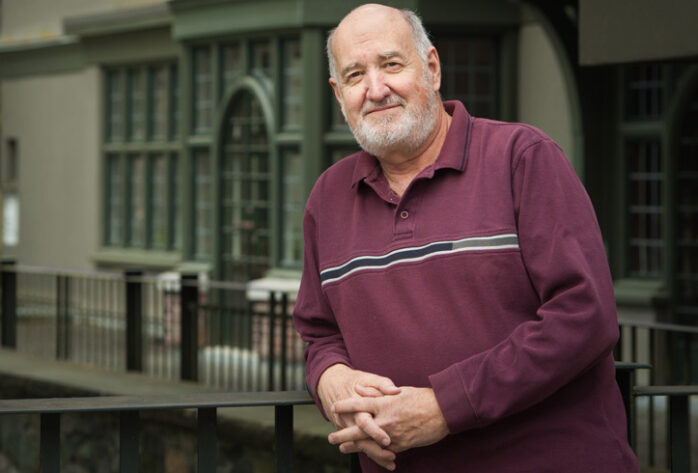 Dr. Tom Grigliatti’s research work has encompassed a variety of topics and organisms. His very early work, where he created conditional paralytic mutants in the fruit fly, Drosophila, helped establish the field of neurogenetics. Later, he turned his attention to identifying genes and mutations in chromatin remodeling proteins, and this work help found the now rapidly expanding field of epigenetics.

In the last eight years he has used functional genomics and proteomics to focus on several different areas of human health. Along the way, he developed technology that allows the functional reconstruction of virtually any portion of the human proteome in cells grown in tissue culture. In addition to defining the genes/proteins that are both necessary and sufficient for the function any specific physiological pathway or process and how naturally occurring mutations in these genes alter the outcome, the technology serves as a platform for drug discovery and development.

Dr. Grigliatti came to The University of British Columbia (UBC) in 1977. In addition to being a Professor in the Life Sciences Institute, he is an Associate Member of both the Department of Medical Genetics (Faculty of Medicine), and the Faculty of Pharmaceutical Sciences. He is a member of several international research consortia, including the International Collaboration on Repair Discoveries, the Centre for Complex Disorders, Autism Spectrum Disorders-CARC and the Centre for Drug Discovery and Development. He has also been an advisor to NASA and the Canadian Space Agency for design and research on the space station.

Thomas Grigliatti – Distinguished Scholars in Residence – 2012
At the Institute, Dr. Grigliatti, together with several colleagues, is putting together a two-day workshop designed to develop Individualized Patient Centric Therapies (iPaCT) and move the implementation of Personalized Medicine along at a more rapid pace.