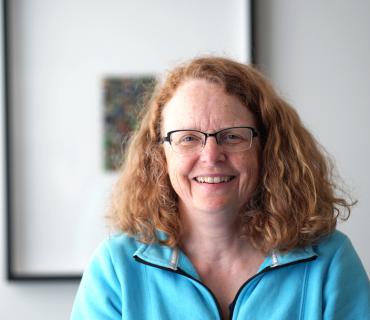 Professor Auld’s research program investigates the roles that glia play in the development and function of the nervous system. Glia are known to fulfill a number of important functions during nervous system development. Glia help guide axon guidance, separate axons bundles in nerves and finally wrap and insulate their associated axons and nerves. The molecules and mechanisms that mediate these roles of glia are not well understood. Yet knowing how glia function is important given the essential role that glia play in the nervous systems of all animals. Any mutation or disease that disrupts glial cell function or development results in disruption of nervous system function and can lead to paralysis or death of the animal.
One approach to study molecular and cellular interactions that occur between glia and neurons during development is to use a model system. The organism of choice for these studies is the fruit-fly, Drosophila melanogaster, because of the powerful genetic tools that can be applied to study the molecular interactions that occur during nervous system development. There are many parallels between the glia in of vertebrates and Drosophila and we have shown that many of the same molecular cues are conserved. For instance, we have shown that the glia of the peripheral nervous system in Drosophila are strikingly similar to the vertebrate peripheral glia (non-myeliating Schwann cells) in terms of morphology, developmental dynamics and molecular composition. We have shown that disruptions in the glia of the peripheral nervous system can lead to loss of nervous system function, neurodegeneration and death in Drosophila.

Her team uses a combination of genetics, molecular and cell biology with high resolution microscopy to study the glial proteins that are expressed during the development of the nervous system.