COVID-19 is an epidemic changing the way we look and think about the world on a daily basis. Physical distancing and other non-pharmaceutical interventions (NPIs) are being rapidly put into place in an effort to slow or reverse the growing number of cases. The economic impact of NPIs such as physical distancing and confinement can be significant to an extent and depth that are not yet fully known.

The research on COVID-19 is changing rapidly and flattening the curve has quickly become a widely known strategy to reduce the peak demand on healthcare thanks to very important and public work of dedicated teams of epidemiologists around the world. The goals tend to be to first to bring the caseload under initial control and then manage a long-term return to normal while minimizing both death rates and economic impact. More specifically comparing and contrasting strategies such as:

(a) mitigation, which focuses on slowing but not necessarily stopping epidemic spread (having the so-called reproduction number R0 small but larger than 1), and

(b) suppression, which aims at reversing epidemic growth, thus reducing case numbers to low levels (R0 smaller than 1). Indeed, NPI’s can be implemented that change R0 in order to control epidemic spread. What we are proposing is a systematically designed feedback strategy to change R0 through modulation of NPI’s.

The dynamics of the outbreak are characterized by a high incubation time between infection and symptoms (up to 14 days), uncertain number of cases due to testing, significant uncertainty in the contagion level (often depending on many social factors), and a variety of NPIs to impact the outbreak with variable degrees of compliance on the part of the public.

A policy must thus consider the impact of changing NPIs or effectiveness of a given NPI (people may follow directives less strictly over time), and the potential changing of healthcare capacity (such as an increase in available beds due to capacity building, or a decrease due to a natural disaster). As the Imperial College paper notes: “there are very large uncertainties around the transmission of this virus, the likely effectiveness of different policies and the extent to which the population spontaneously adopts risk reducing behaviours”.

Furthermore the incubation time corresponds to time delay in engineering and is notorious for introducing oscillations into closed-loop systems, particularly when combined with model uncertainty.

One suggested public policy to relax social distancing measures is an on-off approach, where some restrictions are lifted when the number of new ICU cases is below a threshold, and are put back into place when it exceeds a certain number. The influential work from the Imperial College COVID-19 Response Team showed how such a strategy is “robust to uncertainty in both the reproduction number, R0, and in the severity of the virus”, and offers “greater robustness to uncertainty than fixed duration interventions and can be adapted for regional use”. This robustness is expected, and due to the use of feedback from measurements of the effect of the intervention. Feedback policies are inherently robust to some model uncertainty.

Inspired by the important work of these epidemiologists and those in the references below, we want to emphasize the important role that feedback can play to stabilize the system, and to draw on engineering principles to extend the work to approaches that permit defining a policy that takes economic considerations and medical constraints into account. For the goals of bringing the outbreak under control and to manage the longer-term caseload with the eventual goal of building herd immunity or waiting until a vaccine is widely available, while at the same time permitting a safe relaxing of physical distancing that is required for a functioning society. Our goal in this note is to publicize some of the key issues and hopefully engage a community of control experts to engage with the international efforts towards managing the outbreak.

A feedback policy can be implemented in terms of public policy. A fundamental property of feedback is that it mitigates the impact of model uncertainty – meaning that if carefully designed a strategy will be effective with not necessarily accurate models. This is a key advantage of feedback as we currently do not have an accurate epidemiological model of covid-19 and will likely not have one for at least several months.

Furthermore, as the current measures of physical distancing and confinement are novel, their exact effects and levels of compliance are also relatively unknown. While suppression results in R0<1 and mitigation results in R0>1, it is possible to implement a feedback policy where R0 is close to 1 maybe with small oscillations on either side, and in so doing to maintain the critical caseload under the healthcare capacity. The problem at hand can benefit from application of design techniques such as robust, optimal, and constrained control engineering.

A feedback-based policy can address dynamics such as the incubation period and mitigate the effects of model uncertainty. A key point is that the design of the policy be rigorous from a control engineering viewpoint while being understandable to non-control experts such as epidemiologists and policymakers. If the tuning is chosen too aggressively (for example switching between full and zero social distancing) it will lead to oscillations and possibly >100% hospital occupancy for severe cases. Too conservative (say requiring one month of zero new cases before relaxing NPIs) and the economic impact of the epidemic is extended and potentially catastrophic for a large population.

But if chosen correctly considering dynamics and uncertainty a policy can deliver a stable result with approximately a desired hospitalization rate or range while slowly and safely building a herd effect. Many NPIs are not on-off quantities, and can be metered through intermediate levels. For example, stay at home directives may be applied via combination of vulnerability (e.g. the elderly and the chronically ill) and essentiality, and relaxed via opening the definitions of these categories. Public meetings may be banned for N participants where the value of N can be increased as things loosen up. This is a potentially important lever.

In order to understand the concept, consider a simple feedback-based policy involving setting NPIs based on a measure of hospital occupancy. Hospital occupancy may be a more reliable and tangible measure than total case count (which depends on extensive testing), and arguably is an important measure of the healthcare ability to treat. The simulation includes a model uncertainty as a range of compliance to the given NPI since in real world situations we will not be able to specify human compliance. Our simulation is based on Jeff Kantor ‘s model.

The first simulation shows as everyone knows that not doing anything is not an option anymore:

The large and lengthy peak over the available ICU capacity represents cases that will likely result in a significantly higher mortality rate. Which is why many countries have put restrictive measures in place to flatten the curve. And several billion people are currently confined or subject to physical distancing. But, “What is the exit strategy? How will we know when it’s safe to implement it?”

Relaxing all restrictions when the number of infections has come down will only lead to a second surge in infections that will overwhelm our hospitals and lead to a higher mortality rate:

One suggested policy is an on-off approach through confinement, where some restrictions are lifted when the number of new ICU cases is below a threshold, and are put back into place when it exceeds a certain number. This on-off policy leads to oscillations, and if it is applied too aggressively, these oscillations could exceed the healthcare system capacity, particularly in the presence of model uncertainty.

(Grahp above: An over-aggressive on-off approach may lead to oscillation and violation of healthcare capacity constraints)

An extremely simplified and idealistic example, which assumes arbitrary levels of reduction of transmission can be achieved, targets 90% occupancy of the ICU. This simulation uses a feedback-based policy described above, where the parameters of the policy were designed based on considerations of stability and robustness familiar to control engineers. The policy results in a stable response that maximizes the rate of population recovery, while tracking a setpoint on number of people needing care such that the healthcare capacity limit is respected. In addition, note the general upward trend of the NPI as it recovers to normal pre-outbreak levels.

This simplified example illustrates how the use of feedback modulation of NPI’s to modify R0 leads to a policy that is robust. For example, uncertainty in R0 will still affect the initial increase in cases, which we may not be able to stop at this point, however, once stabilized by the initial strict policy, the policy that uses feedback works also with variations in R0:

(Graph above: Policy tolerance to model uncertainty is critical. Here the feedback policy is subjected to a range of model parameters R0 representing different levels of public compliance to directed NPIs)

As an added benefit, using feedback makes the policy robust to some degree of noncompliance, which for a given level of NPI’s will result in slightly different R0, as well as random fluctuations in the number people that are infected. For example, if the effect of the NPI is 10% less than intended, through feedback the policy will automatically tighten to compensate for non-compliance.

Note that in real world application, any policy will need to accommodate factors such as changing healthcare capacity. This can be easily achieved by changing the setpoint on ICU occupancy.

Our goal in writing this brief was to highlight that policy design of NPIs for population recovery from COVID-19 while minimizing mortality rates (by respecting healthcare capacity), will require explicitly understanding dynamics and model uncertainty which may be mitigated through robust feedback designs. Through analysis and design we should be able to determine the required ‘sample time’ (i.e. how often would policies need to change), and systematically design a non – ad hoc policy that takes the constraints and trade-offs into account.

We hope for and encourage collaboration between the epidemiology and control communities in approaching this very critical and urgent global challenge.

Below are some of the references we used for this brief note. It is obviously far from exhaustive, if you are aware of a relevant reference please send it along and we will include it here: 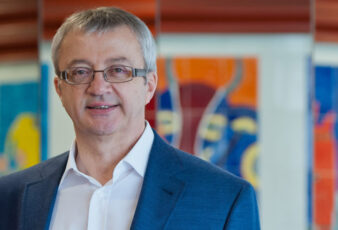