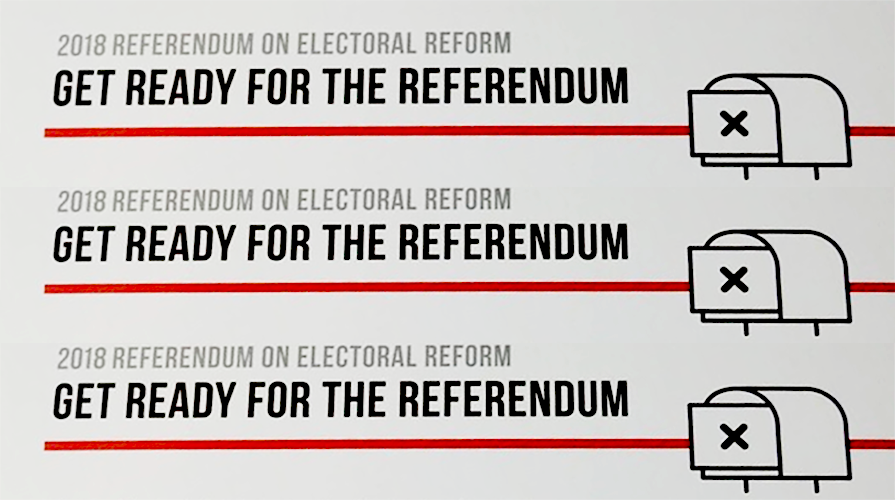 This fall, British Columbians will decide what voting system should be used for provincial elections. The referendum, which is being held by mail from October 22 to November 30, will ask voters two questions:

1) Should B.C. maintain its current voting sys­tem of first-past-the-post (FPTP) or change to one based on the concept of proportional representation (PR)?

2) What type of proportional voting system should be used if PR is chosen?

But which system is better suited for our needs as residents of this province? And what are the differences between the three proposed alternatives?

To explore the issues raised by the referendum and help inform voters, the Pacific Chapter of the Royal Society of Canada has partnered with the Peter Wall Institute for Advanced Studies to bring together two experts for a panel on the upcoming referendum.

Carty will discuss the basic features of the current system and explain the options that the government has presented. He was the director of research at the BC Citizens’ Assembly on Electoral Reform from 2003 to 2004, a project which culminated in a provincial referendum in 2005. His most recent book is entitled Big Tent Politics: The Liberal Party’s Long Mastery of Canada’s Public Life (UBC Press, 2015).

Johnston will consider the impact of changing the system for electoral and legislative politics. He has spent a considerable part of his career studying electoral systems, party systems and political parties. His latest book is entitled The Canadian Party System: An Analytical History (UBC Press, 2017).

The panel will be moderated by Kathryn Gretsinger, lead trainer at the CBC and instructor at UBC’s School of Journalism.

Registration is required, please register on the left-hand side of this page.