The shadow world of the global arms trade 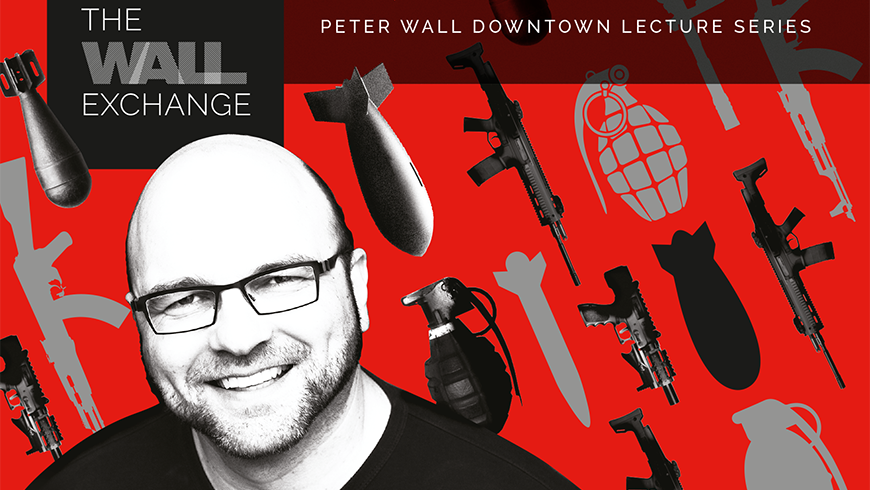 In this Wall Exchange lecture Andrew Feinstein draws back the curtain on the shadow world of the global trade in weapons—its systemic corruption, highly technical nature, and the pervasive secrecy in which deals are concluded.

Feinstein will propose mechanisms to clean up and properly regulate the global arms trade. In addition to the death and destruction caused by its products and the massive costs of the world’s defense spending, the lack of properly enforced regulation and control makes the occurrence of unintended consequences inevitable. This results in the very weapons sold by many Western governments being used against their own citizens. Nowhere is this more evident than in the so-called ‘War on Terror’, in which suspect intelligence and fluctuating alliances with non-state groups and countries such as Saudi Arabia undermine our security.

Andrew Feinstein is Executive Director of Corruption Watch, an NGO that details and exposes the impact of bribery and corruption on democracy, governance and development. Andrew was named amongst the 100 most influential people in the world working in armed violence reduction. Along with two colleagues, he was voted South Africa’s anti-corruption hero of 2014.

Andrew was an ANC Member of Parliament in South Africa for over seven years where he served under Nelson Mandela. He resigned in 2001 in protest at the ANC’s refusal to countenance an independent and comprehensive enquiry into a multi-billion dollar arms deal which was tainted by allegations of high level corruption.
Watch the trailer for Shadow World

From Ronald Reagan to Barack Obama, from Margaret Thatcher to Tony Blair, Shadow World reveals the shocking realities of the global arms trade, the only business that counts its profits in billions and its losses in human lives. Based on The Shadow World: Inside the Global Arms Trade, the acclaimed book by Andrew Feinstein, the film explores how governments, their militaries and intelligence agencies, defense contractors, arms dealers and agents are inextricably intertwined with the international trade in weapons, and how that trade fosters corruption, determines economic and foreign policies, undermines democracies and creates human suffering. Release date on PBS: November 20, 2017
Media sponsor: