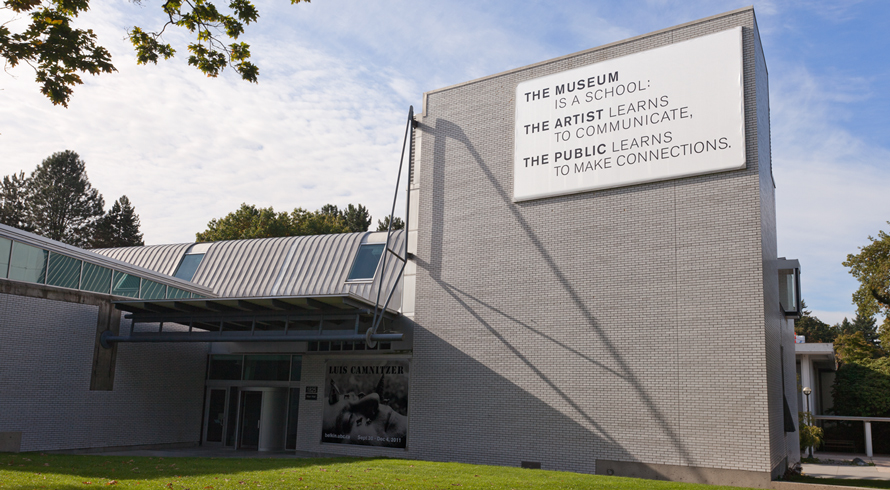 This May, the Belkin Gallery is pleased to be a recipient of a 2018 PWIAS International Research Roundtable Award for the project Curating Critical Pedagogies. Conceived and organized by Curator of Academic Programs Shelly Rosenblum, this project interrogates critical practices in contemporary art and curating. The Roundtable will bring participants together for a 5-day workshop as well as studio visits and conversations with Vancouver-based artists, curators, academic, and critics. The impetus for the workshop developed out of an examination into the pedagogical role of the academic art gallery – one often thought of as an ideal space for experiments in curating that foster critical practices. However, what are critical practices in art and curating? What is the relationship between critique and the institution, and how should the academic gallery situate itself within this context? The public event will give us a chance to come together to work through inquiries surrounding public engagement in art and exhibitions.

All are welcome and admission is free.

Binna Choi is director of Casco Art Institute: Working for the Commons in Utrecht, the Netherlands and faculty of the Dutch Art Institute /Masters of Fine Arts Programme in Arnhem. She conceived and co-developed the long-term artistic research project Grand Domestic Revolution (2009/2010-2013) and Composing the Commons, a three-year interdisciplinary and artistic research programme (2013-2015/16); participated in a trans-local network Arts Collaboratory since 2013. Other curatorial projects include Cultivate or Revolutionize: Life Between Apartment and Farmland a seminar at Times Museum, Guangzhou (2014, with Nikita Choi) and the 11th Gwangju Biennale (2016).

Galit Eilat is an independent researcher, curator and writer based in Amsterdam and the founding director of The Israeli Center for Digital Art (2001-2010). She developed Mobile Archive travelling seminar (Hamburger Kunstverein and The Israeli Center for Digital Art in Holon, 2009), Liminal Spaces flying seminar (Israel and Palestine, 2006–2008), People, Land, State (The Israeli Center for Digital Art, Holon, 2006) and This is Not America (Art Project Gallery, Tel Aviv, 2006). Recent curatorial Projects include: “‘The Presence of the Real,’ Adem Jashari, Prishtina” (Peja Arts Gallery, Peje. Kosovo, 2016;), “How to (…) things that don’t exist” (with Charles Esche and Oren Sagiv, Serralves Museum, Porto, 2015; developed from 31st Sao Paulo Biennial, 2014), “Rainbow In The Dark – On the Joy and Torment of Faith (with Sebastian Cichocki, Malmö Konstmuseum, Malmö / SALT, Istanbul, 2015), Yael Bartana ‘And Europe will be stunned’ (with Sebastian Cichocki, Polish Pavilion, Venice Biennale, 2011).

Dr. Simon Sheikh is a curator and theorist. He is Reader in Art and Programme Director of MFA Curating at Goldsmiths, University of London. He is a correspondent for Springerin, Vienna, and a columnist for e-flux Journal, New York, and currently part of the core team for the Third Bergen Assembly (2018-19). His most recent book is Former West: Art and the Contemporary After 1989, 2016, co-edited with Maria Hlavajova.

Find out more at https://criticalpedagogies.pwias.ubc.ca/

This event is hosted by the Western Front and presented by UBC Morris and Helen Belkin Art Gallery. We gratefully acknowledge the generous support of the Peter Wall Institute for Advanced Studies for the award to support this Academic Programs research project (Shelly Rosenblum and Scott Watson).