On September 15, 2016 the Peter Wall Institute presented ‘War Stories‘ from Afghanistan, Iraq and other conflict zones told by foreign correspondents, combat veterans and scholars. The evening featured this performance of Contact! Unload.

Contact! Unload is a research-based play about the stress injuries that soldiers suffer post-deployment. It has been shared nationally and internationally, including a private showing for Prince Harry, a soldier himself and advocate for men’s mental health.

George Belliveau | Director
Professor Belliveau specializes in Theatre Education at UBC where he integrates theatre as a form of research and artistic expression across multiple disciplines. He is an international leader in research-based theatre, and has shared his performative approach to research in numerous countries around the world. 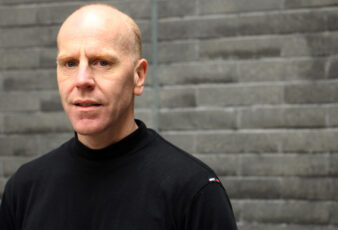