Academic journals, environmental organizations and media organizations can all affirm that we live on a planet with a fraction of the abundance, liveliness and diversity of life it once had. One group of scientists grimly described our situation as one of “biological annihilation” (Ceballos et al. 2017), referring not only to extinction but also a widespread decline in wildlife populations. Paradoxically, environmental laws have proliferated, exploding 38-fold since 1972.

How can this paradox between growing action and growing biodiversity loss be explained?

In order to shed light on this global paradox, 2018 Wall Scholar Jessica Dempsey, UBC Geography, and her research collaborator Rosemary Collard (SFU) grapple with this question by focusing on a more local case: the situation facing Woodland caribou in Canada. This species is nationally significant (it’s on the quarter), has been listed as endangered under the Species At Risk Act since 2002, and is crucial to many Indigenous peoples. Yet many caribou populations in Canada are on a crash course to extinction. Why?

Scientists have thoroughly documented the proximate cause: landscape change due to industrial extractive development, including forestry, mining and oil and gas exploration, extraction and pipelines. Taking this as a jumping off point, Dempsey and Collard’s research investigates the political economy underlying these proximate causes to understand how the caribou continue to be marked as disposable, despite the ostensibly protective state apparatus. How, they ask, are developments that harm caribou justified and permitted? Who funds these developments? And, ultimately, who benefits from caribou-habitat destroying developments?

Fuelled by Peter Wall Institute seed funds, their study involves close, empirical study of the dominant political economic structures that mediate the future of caribou in Canada. These include capitalist structures, especially financial flows and transactions within extractive firms operating in caribou habitat; the modern state, specifically its tax system and approval processes for these developments; and Canadian law, which increasingly recognizes Indigenous rights, including to hunt caribou. They study these structures through a forensic method of financial, state and legal record analysis, complemented by expert interviews and observation.

A recently published article chips away at the state question, examining federal and B.C. environmental assessments (EAs), institutions responsible for approving major industrial projects in Canada. Their study identified 65 EAs for major projects with potentially significant adverse impacts for caribou. All projects but one were approved.

While it is commonly understood that caribou habitat decline is traded for jobs and tax benefits, Dempsey and Collard are currently collaborating with economist Robyn Allan and forensic accountant Peter Bode to understand exactly how many of these benefits materialize. The video begins to outline some of the initial results that suggest the benefits from resource extraction in terms of jobs and taxes are overestimated in approval processes. Their research also suggests that the government is actively involved in subsidizing caribou extinction, complicating narratives of ecological degradation that begin at the act of consumption.

Dempsey and Collard recently received a $250,000 SSHRC Insight grant to support this research “The caribou paradox: a political economy of the ten percent world”. This project was also the main subject of interest during Dempsey’s residence at the Peter Wall Institute. 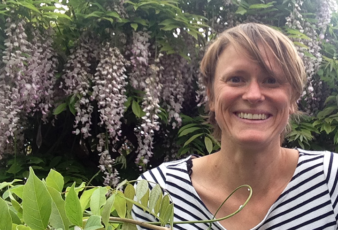