In the present moment, the typical person consumes and ingests more images than ever before in human history. Our ability to critically engage with what we’re seeing defines our experiences, perceptions, and actions as individuals and communities. Images do not merely reflect or document existing realities; they actively shape new ones and their potency is rarely as obvious as it is in times of global crisis.

Media-documented protests are happening everywhere in response to the recent murders of George Floyd, Tony McDade, Breonna Taylor, Nina Pop, David McAtee, Ahmaud Arbery, Adama Traore, D’Andre Campbell, Abdirahman Abdi, Andrew Loku, Regis Korchinski-Paquet and Samwel Uko, as well as so many other lives taken by institutionalised police brutality. Amidst this, the photographer Sheila Pree Bright is creating a visionary body of work that traverses the boundaries of fine art, photojournalism, and activism.

This conversation between Wall Scholar Tara Mayer and Sheila Pree Bright is the sequel to a much broader exchange that took place last year during a PWIAS International Research Roundtable co-organized by Mayer and attended by Bright that explored, among other things, the intersections between visual culture and social justice.

Bright’s work forges new visual narratives about Black communities and individuals. Born in Georgia and based in Atlanta, Bright’s work displays a visceral intimacy with the social landscape of the American South. She captures the rise of a new generation of activists and examines its diversity and potency in changing political processes.

Her 2018 book #1960Now: Photographs of Civil Rights Activists and Black Lives Matter Protests explores parallels between the civil rights movement of the 1960s and our present moment. It is shot entirely in black and white film, the same way Bright is photographing the current protests and demonstrations.

Here, Mayer and Bright speak about the importance of photographing protesters, activists, and community organisers in ways that capture a fuller spectrum of experiences and emotions than those presented in mainstream media. Bright’s photos allow her subjects to transgress how they are seen by their own society and, at times, even how they see themselves.

Tara Mayer is a cultural historian at the University of British Columbia whose research and work lies at the intersection of racial identity, cultural conditioning, and epistemology. 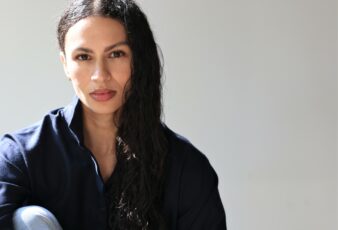