Sathish Gopalakrishnan | How do we evaluate risk?

As a Wall Scholar Sathish Gopalakrishnan has been exploring how individuals and societies understand risk in cyber-physical systems – artificial intelligence, robotics and their application in the world around us. That understanding can help us shape regulation and safety standards in an era of increasing automation.

Cultural variation plays a critical role in how we estimate risk. Bike helmets are a good example. In Canada, they are mandatory, in the Netherlands they are not. Yet, the Netherlands reports less bike accidents than Canada. This could be attributed to having segregated lanes, but a big factor is that there’s a cultural awareness around the importance of bicycling.

Another example is self-driving cars. When we drive, we might encounter split second ethical decisions, like changing lanes to avoid hitting an animal on the road. The implications of these ethical choices go even further – imagine self-driving cars choosing between hitting a child crossing the road and changing lanes suddenly into the path of an on-coming truck. These hypotheticals bring Gopalakrishnan’s work into focus.

As Gopalakrishnan explains in this video: risk isn’t just about probabilities or statistics, it is also about cultural norms and our own subjective judgment of what it means for something to be risky. 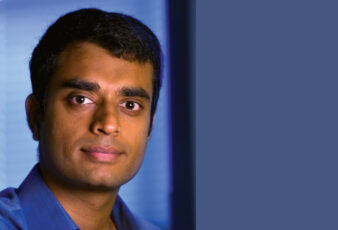