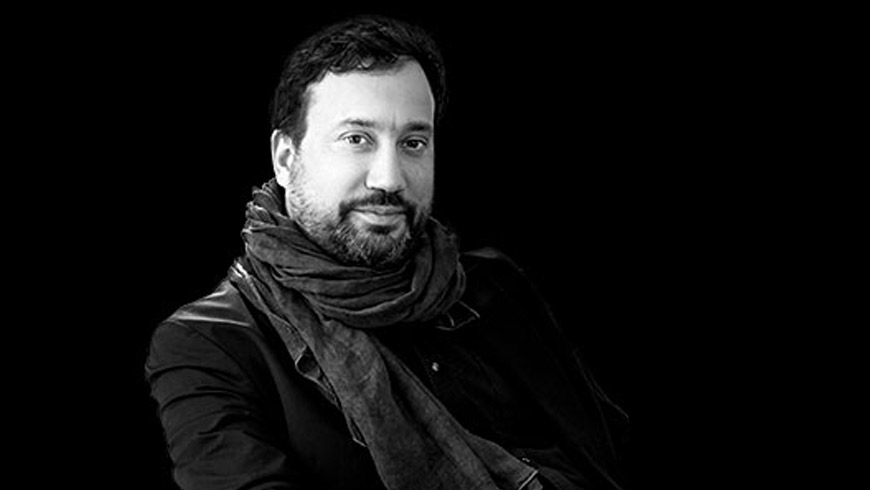 Weizman is the lead investigator for the Forensic Architecture research project, a multidisciplinary project that’s used architectural principles to investigate the spatial pattern of drone strikes, analyze footage of deadly shootings and provide environmental evidence for the prosecution of war criminals.

“Architecture is political,” says Weizman. “It’s the manifestation of power relations in space.”

By studying and understanding those moments of architectural transformation, Weizman says researchers are “able to extract a fabulous set of tools for analysis that can’t be captured by any other discipline.”

Weizman says he was drawn to architecture by his interest in the environment around him. Born in Haifa, Israel, Weizman grew accustomed to seeing architecture as a tool for warfare.

Weizman visits the West Bank in his Al Jazeera documentary, The Architecture of Violence.

“We see soldiers and militaries learning architectural and urban principles to further their aim of control of cities,” says Weizman. “Settlements are being designed to oversee Palestinians and block them to create an environment that controls them.”

Militaries learn architectural and urban principles to further their aim of control of cities, says Weizman.

“I think what the military does is perversion, but there’s nothing intrinsically innocent about architecture,” Weizman said. “Some people mistakenly think that architecture was born as some kind of protection from the elements.

“The very first structure ever conceived was related to violence. It was designed to protect ourselves from each other.”

In addition to being used as a defensive and offensive tool for warfare, Weizman says architecture has also become a casualty of war. Aided by the accessibility and reach of new media, ISIS has used the systematic destruction of historical sites to drive their point home.

“When a human is killed in wars, that human is perhaps a part of an ethnic, national or religious group, but that person is also part of humanity,” says Weizman. “And when we kill a civilian, it also offends humanity as a whole.

“It’s similar with these buildings, they’re heritage of culture that transcends borders. By destroying them, [ISIS] takes away something that is shared culture and replaces it with their message.

“Here, architecture is kind of the equivalent to a civilian casualty of any war.”

Weizman and the team at the Forensic Architecture research project are currently working with Amnesty International to launch an investigation in Syria.

“We’re thinking up what are the right tools in order to undertake an investigation,” says Weizman. “We’re focusing on how to think about violence on multiple scales, from local specific incidents to large scale transformations of the environment.”

Weizman, who’s also a professor of Visual Cultures at the University of London, didn’t need a lot of persuasion to come to the Peter Wall Institute.

“I think there’s certainly something very unique and inspiring that’s happening at the Wall Institute and UBC,” says Weizman. “I have two very good friends that I admire at the Peter Wall Institute, Gastón [Gordillo] and Derek [Gregory], both of whom I have had a long-term exchange and great admiration for.”

“I look forward to coming to UBC to engage with those and other academics and practitioners.”

While Weizman has already been to Vancouver, the forensic architect is curious to learn more about the glassy city’s architecture.

View photos of the lecture.