At our most recent Wall Exchange lecture, Carl Hart (Columbia University) drew upon his more than 25 years of experience as a neuropsychopharmacologist to explore the myths and social forces that shape our views on drugs and drug policy.

We followed up with Professor Hart, as well as responder Caitlin Shane (Pivot Legal Society) and moderator Garth Mullins (Crackdown podcast), to get their answers to some of the questions we missed during the event’s Q&A.
Here is what they had to say:

The following text was edited for clarity and brevity.

Question: Alcohol produces some of the largest harms in society but is regulated. Would the regulation of other drugs truly mitigate harm?

Carl Hart: Yeah, so the relative harms of alcohol. When we think of the vast amount of people who use alcohol and the harms associated with alcohol, the benefits outweigh the harms. So that person’s question starts with a bad assumption. The benefits of alcohol outweigh the negative. That’s why we continue to use alcohol. Point is, if we regulate other drugs, if we could regulate them, we could provide similar education that we provide for alcohol, we could regulate it, control it, and decrease the harms that we now see with other drugs.

How should parents who use drugs, talk about their drug use with their kids?

What do you think about the lack of financial compensation people who use drugs face when providing services to their peers, and how can we obtain the funds?

Garth Mullins: The bad pay or no pay that drug users get for working in harm reduction is an outrage. The answer is the same as any workplace anywhere; we need to unionize. At the November 2018 AGM, 150 members of the BC / Yukon Association of Drug War Survivors directed their board to begin the process of organizing for unionization.

Knowing that legalization is high stakes and essential for best practices/evidence-based approaches. How do we avoid right wing ideologies from diluting those policies?

In communities that organize around social justice issues, there is a widely held sentiment: social justice trickles up. Instead of focusing on right wing ideologies (and how to combat them), why don’t we look at who is most directly impacted by the current regime of prohibition and organize to meet their needs. 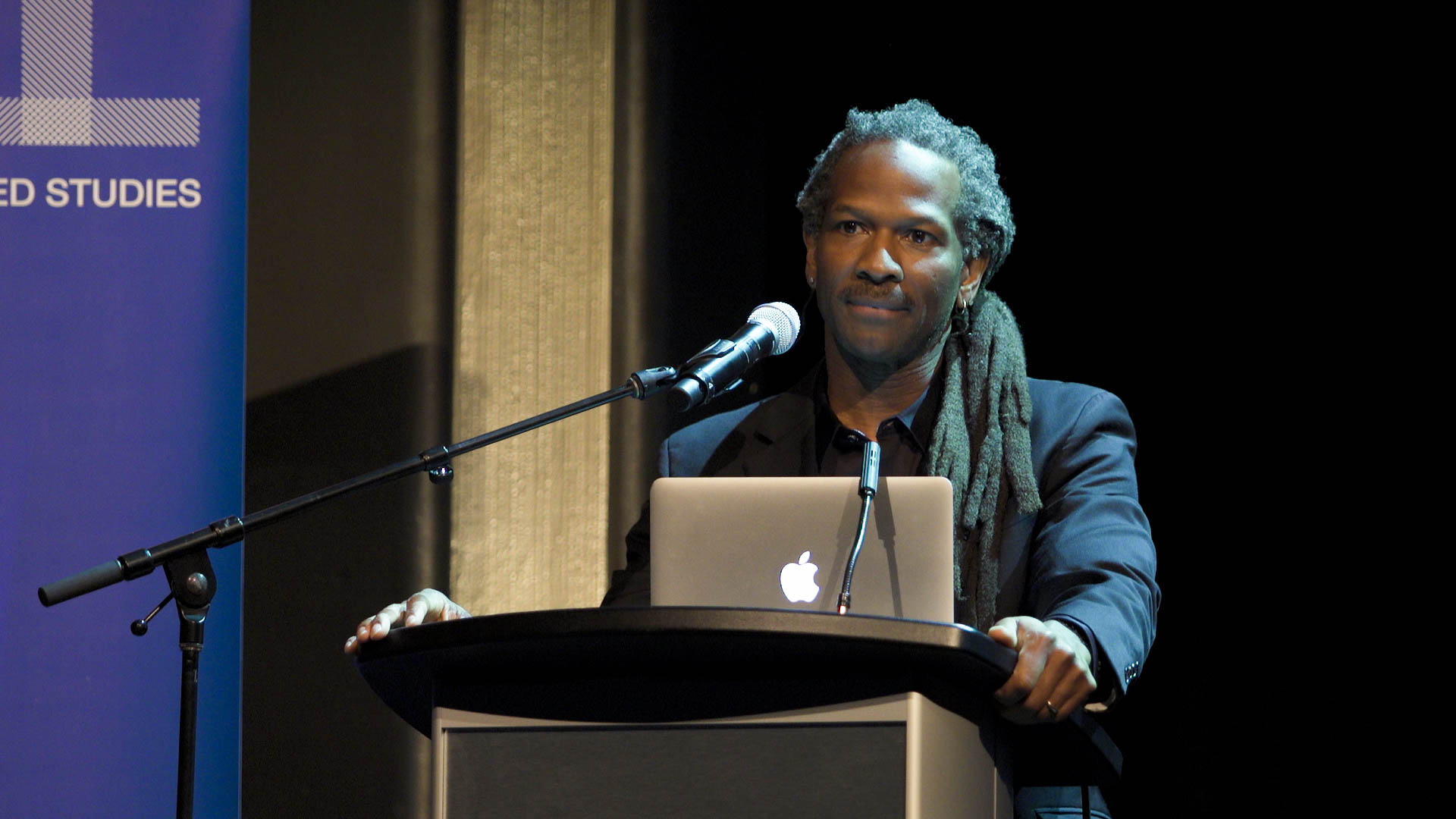 The potential for LSD and Psilocybin for improving mental health is back in the limelight, yet some say those with vulnerable minds should be weary. Thoughts?

Carl Hart: That’s the case for any drug, including the currently available psychotropics. When we think about anti-psychotic medications or anti-depressants, we feel similar. We want to make sure that people understand the dose, people’s history, but we already do that, and we will continue to do that with Psilocybin, LSD, or any other drug.

Question for Garth: some tremendous documentary work has been done in the DTES. If you could envision a new documentary to address the crisis, what would it look like?

Garth Mullins: I make audio documentaries every month at Crackdown, so I can’t really be giving away my ideas on this. But we are directed by the community on what we cover. I think that’s a good place to start. Find out what stories people want to tell. Sean Baker who made the films Tangerine and the Florida Project is doing work on the DTES now. When I first met him, he was tagging along with one of our outreach efforts at the BC Association of People on Methadone. No camera. No nothing. Just listening and learning. That is the first step. Listen to the people. Also, hire local people. There are lots of talented folks around. And avoid all the stigmatizing clichés of how bad everything is. Give people agency.

I recently heard a quote that “trauma is the original gateway drug”, I’m curious to hear what you think of that?

Carl Hart: I don’t know why they have to call it a gateway drug. But sure, people who have had histories of trauma or experience a great deal of trauma are at risk for a number of potential mental health issues, including maybe drug addiction. Trauma is not good, people should have their trauma treated for a number of problems including overusing drug use.

The police is part of the problem, so they must be part of the solution. How do we make that happen?

Caitlin Shane: Even though drug laws are federal in nature, police perpetuate the harms of drug prohibition through every day, ground-level law enforcement. Canada’s war on drugs is rooted in racism, classism, and colonization, and this is reflected in the police’s disproportionate and targeted enforcement of drug laws against poor people and Black, Indigenous and People of Colour (BIPOC) communities. The only way for police to be part of the solution is to step back and actively disengage from the war on drugs.

Municipal police departments and the RCMP must take firm public stances backed by written policy against the enforcement of simple possession. They must cease attendance at overdoses, which are medical emergencies and not matters of criminality. They must stop the practices of loitering outside supervised consumption sites and overdose prevention sites, of confiscating people’s harm reduction supplies, of engaging in the daily harassment and displacement of people who don’t have access to the privacy of a home.

Do you disbelieve the research evidence regarding THC and the provocation of psychosis in vulnerable brains?

Carl Hart: First of all, there is no evidence. What we have are correlational studies, and some of the strongest evidence, or what they are calling evidence is that when you look at people who develop a psychotic disorder, people who smoke marijuana are more likely to develop it compared to people who don’t smoke marijuana. It’s a correlational study, but when you look at the strength of the correlation, we don’t know what came first. Was it the psychotic disorder or the marijuana use?

And then when you look at the strength of the correlation. We know that a similar correlation exists for people who smoke tobacco cigarettes; they are more likely to develop psychotic disorders than people who don’t smoke tobacco. Same is true with opioid use. But these same people may use alcohol, cannabis, opioids, stimulants, the same people are more likely to develop depression, anxiety, all of these things. It’s not specific to cannabis, nor is it specific to psychotic disorders. But more importantly, the strength of the correlation is exactly the same as people who own cats during childhood, who are more likely to develop psychosis than those people who never owned cats during childhood. But it’s a correlation, so what they are calling “evidence” when they say “do you believe the evidence?” is not evidence, there is no evidence. There is no causal evidence at least. 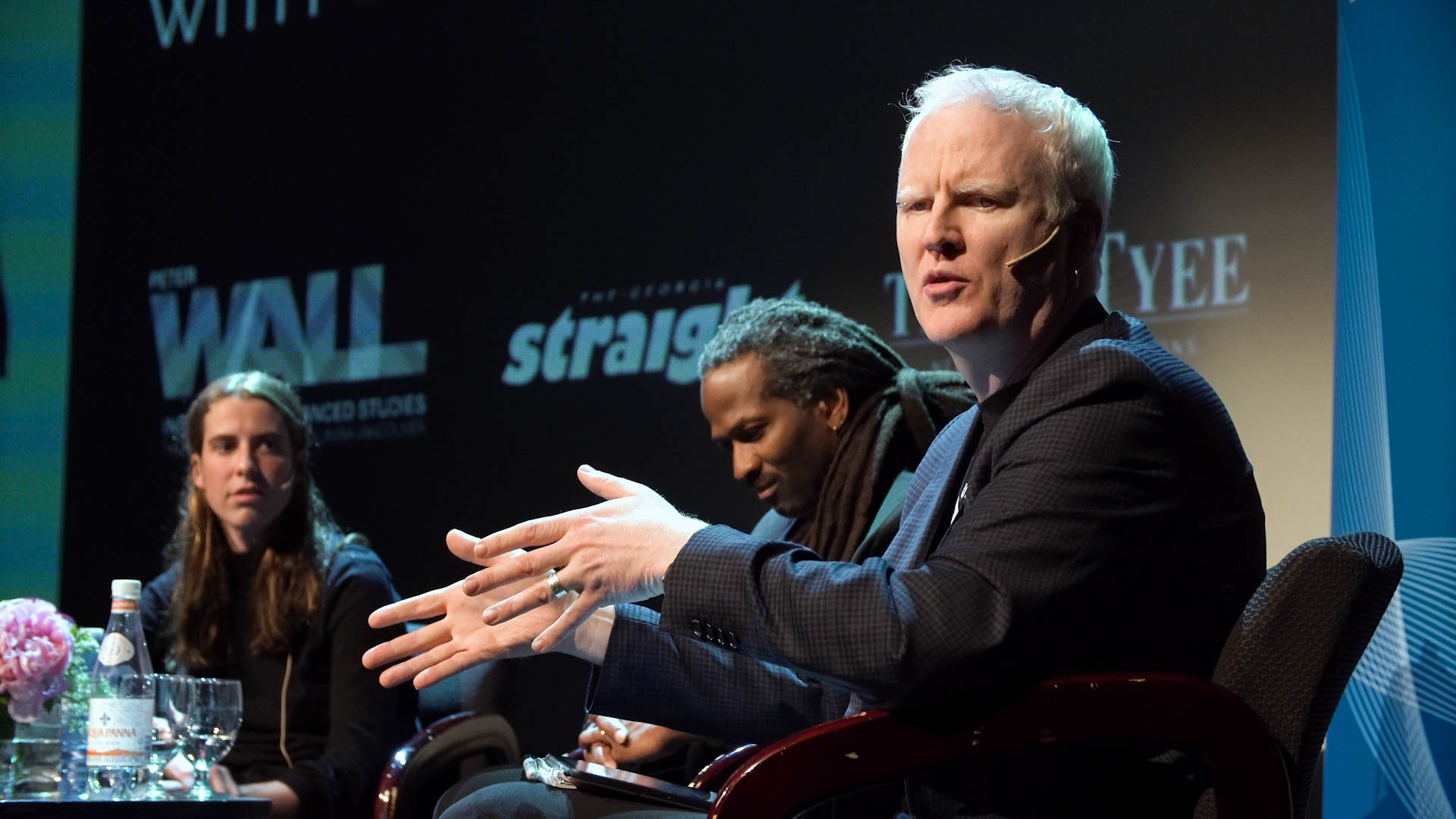 How do we encourage regulators, for example the College of Physicians and Surgeons of British Columbia or Canadian Medical Association, to educate their doctors and the general public?

Garth Mullins: Doctors are often very conservative about his stuff. So we probably need to have some kind of campaign directed right at them, not through the Colleges and the CMA. My experience of the Colleges has been pretty crappy. They are often involved in cover-your-all efforts to defend their members interests, which are sometimes about money and legal issues. As for the public, I think we really can’t rely on the Colleges or CMA for that kind of outreach. We all need to organize wherever we are – at work, community, church, whatever, and try to move public opinion that way.

From the evidence you’ve seen, is there any role genes play in addiction? And if so, how does it weight versus the other factors you had mentioned?

Carl Hart: I have not seen any evidence to suggest a certain gene or group of genes play any roles in drug addiction.

Can you compare pharmaceutical and legal drugs to illicit drugs and the motivation behind the differences in the government approach to them?

Caitlin Shane: One of the key differences between drugs obtained legally (i.e. by prescription) and drugs purchased in the illicit market is quality control. They are also well-marketed, expensive, and come from corporations that are well-placed to lobby for bulk purchases. Drugs that are legally regulated and obtained have met stringent standards with respect to identity, purity, and access. Illegally-purchased drugs may not meet such quality standards, and purchasers oftentimes lack certainty in terms of what they are getting. At this time, Canada’s illicit drug market is saturated with toxic drug analogs such as fentanyl and carfentanil, leading to a massive uptick in fatal overdoses.

Little has been done at any level of government to ensure a safer supply of drugs. In particular, Indigenous Nations have been left with minimal resources to address the war on drugs. The provinces in particular could be doing much more to scale up prescription-grade drugs, including by educating doctors and nurse practitioners with respect to prescribing practices, and working with the colleges of pharmacists and physicians to improve accessibility.

The government’s response has tended to focus on the illicit drug market. In large part, it has prioritized harm reduction measures (such as supervised consumption sites and overdose prevention sites) which, though critical to ensure proper overdose response, do little to address the issue of toxicity in the supply itself.

Meanwhile, despite the federal government’s insistence it is treating the opioid crisis as a public health issue, Federal drug laws remain in place; police continue to arrest for drug-related offences, regardless of how low on the chain of supply the activity occurs.