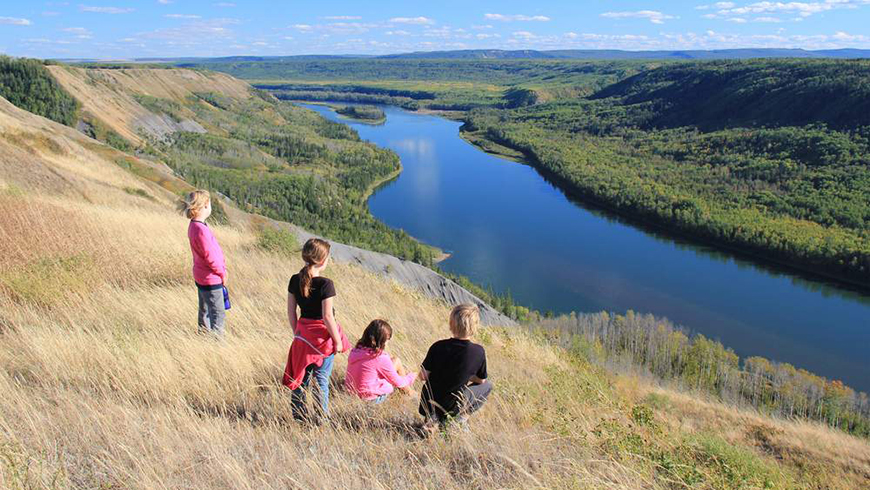 In December 2014, the BC government led by then-Premier Christy Clark agreed to proceed with Site C, a large hydroelectric dam on the Peace River near Fort St. John in northeastern B.C. However, her government faced several court challenges from landowners and First Nations who opposed flooding of 107 kilometres of the Peace River and its tributaries. Some of the local concerns surrounding this project stemmed from infringement of Aboriginal rights, and impact on way of life related to hunting and fishing. As well, some residents believed it would put valuable farming areas under water.

On July 18, 2017, following the swearing in of the BC NDP government, the new Energy Minister, Michelle Mungall, requested an expedited independent review of the hydroelectric project by the B.C. Utilities Commission. On December 11, 2017, BC premier John Horgan announced that, although Site C wasn’t a project his newly elected government would have initiated, that his government would not revise the project and would, in fact, guarantee its completion. The BC government argued that the dam was the most cost-effective way to meet the province’s electricity needs.

Site C Arguments: For and against

Mark Jaccard opened the forum, encouraging the opponents of Site C to consider a counter position. He described to the UBC audience the difference between dispatchable capacity and non-dispatchable capacity and that to the system both have very different needs. Dispatchable generation refers to electricity sources that can be turned on or off, or can adjust their power output according to an order made by a power grid operator or plant owner, whereas non-dispatchable generation cannot be turned on and off (e.g., wind and solar power). He explained that as you get more of the ‘dispatchable,’ the ‘non-dispatchable’ becomes more important. He gave examples of California’s sunny rooftops where the demand for dispatchable output decreases with more solar panels.” The value of a project like Site C goes up because it complements wind and solar energy rather than substitutes for it”, he explained.

Richard Hendriks presented the results of a Site C research study on behalf of co-authors, Karen Bakker (UBC Professor, Director of the Program on Water Governance) and Philip Raphals (Executive Director of the Helios Centre, a non-profit energy research and consulting group). Together they published six reports on Site C and have made multiple presentations to the British Columbia Utilities Commission (BCUC) arguing against the project.[Link toreports: http://watergovernance.ca/projects/sitec/].

The researchers found that BC Hydro often overstated future energy needs and employment benefits from Site C. They concluded that, although Site C would create more jobs in the short-term than the other options by BCUC, the long-term job creation is less than alternative energy options. This is in large part because mega-hydro projects don’t take many people to run them once they’re operational. The Site C joint review panel also determined that Site C will have many adverse environmental impacts such as increased greenhouse gas emissions, and will cost more than alternative energy sources.

The final speaker, Gordon Christie presented a comprehensive history of treaties in B.C. and the impact of resource development in Treaty 8 Territory. He stated, “The province has largely failed to sign treaties with First Nations in BC, and that Treaty 8 is the exception because it was part of a larger treaty established in 1899/1900 and including parts of Alberta, Northwest Territories, and BC”  He explained that the Crown in signing the document envisioned First Nations would continue to hunt and fish as before. However, the government’s position eventually shifted to disownment of these obligations with First Nations because they thought by forcefully assimilating them into the broader Canadian Culture these obligations would be rendered obsolete. By the 1960s the courts began refuting the racist arguments underlying previous rulings, deciding that treaties were in fact legally binding. Yet, Christie claimed that, “even today the Canadian government can still legally infringe treaty rights, if acting justifiably, and it’s at the discretion of the Crown to decide what constitutes ‘justifiable.’”

On the specifics of Site C, Christie stated, “First Nations have argued since the start of this process that Site C infringes on their treaty rights.” Yet the government has pushed all the legal questions about Site C into consultation and concluded in October 2014 that—although the hydroelectric project would cause significant adverse environmental effects and adverse effects to First Nations use of lands and resources—they believed it was justified for the greater good. Dr. Christie added that there was no reason given for how or why the government came to that conclusion.

“This is explicitly racist as you can imagine and all Canadian law is based on this,” said Dr. Christie. Christie offered one juxtaposition on the lack of respect given to treaty rights in regards to justifiable infringement. “You can’t take a contract and imagine one party has the right to just change the terms, so in many ways, treaties themselves are treated as less important or weighty than contracts, and all of this is on a base of racism and colonialism.” According to Christie, even with recent First Nation legal victories, the vastly unequal power dynamics continues to render treaty rights as effectively unenforceable. However, he did close on a note of optimism,

“If the United Nations Declaration on the Rights of Indigenous Peoples (UNDRIP) was actually implemented that would change the landscape quite dramatically—make it have some effect on the ground,” said Dr. Christie. He addressed the audience, reminding them of their role as treaty partners with First Nations.

“It’s your responsibility as treaty partners (Canada) to pay attention to these matters because you’ve gained all the benefit from these treaties, and really, you have to start thinking about your responsibility—it’s the flip side of that.”

For full coverage of the event, watch the recorded live stream below.