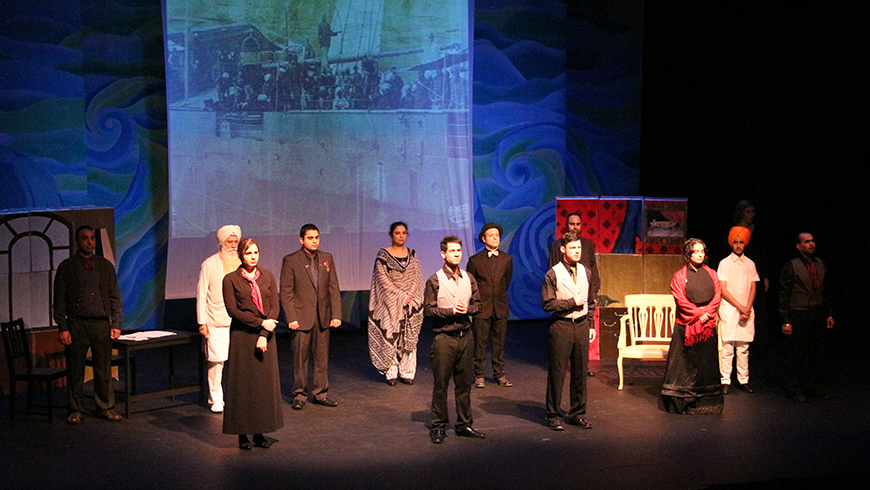 “Performing the Komagata Maru: Theatre and the Work of Memory” at UBC (May 2014). This performance event explored three plays written about the Komagata Maru incident by Canadian authors. UBC Professor Anne Murphy developed the script that integrated the plays, and was the Producer and Principal Investigator of the project.

2016 Wall Scholars Hallie Marshall and Anne Murphy have devised a unique collaboration that uses theatre and film to break down the silos between departments and provide cross cultural opportunities for their students.

During their time as Wall Scholars, Murphy and Marshall discussed their desire to develop modes for collaborative work and increased engagement across diverse departments and disciplines at UBC. With funding from the Peter Wall Institute, Marshall and Murphy developed the project Enacting Culture/s, which uses performance to bring students together and to become aware of the fascinating work that takes place in disciplines other than their own.

“Enacting Culture/s is a way to build a bridge that people are ready to walk on,” says Murphy. “There are graduate students in Asian Studies that are interested drama. In the Theatre and Film Department, there are students exploring Asian cultures. We need to build more capabilities to allow students to learn from each other.”

Murphy has no previous training in theatre but in 2014 she developed a bilingual theatrical presentation by weaving a script together from three original sources in Punjabi and English. Murphy found it liberating to work with the theatre and film department and wanted her students to share that experience.

“Most graduate programs at UBC are small so we don’t have large numbers of students,” Murphy says. “We needed to create a structure so that scholars and graduate students who are doing similar projects in different departments could have these conversations.”

Building a bridge between Asian Studies and Theatre & Film provides an opportunity for students to engage with different cultures, learn from each other and to be supported by faculty in both disciplines. The project also stands to draw diverse audiences that may previously have been overlooked to attend UBC performances.

For instance, one of Murphy’s students is interested in women directors in Punjabi theatre. At the opening event for Enacting Culture/s, one of her a graduate students heard from like-minded students who are researching Canadian and Japanese women directors. Before this project “there was no way for her to know about the similarities of her work with students from other departments,” said Murphy. “That’s powerful and that will enrich her work.” 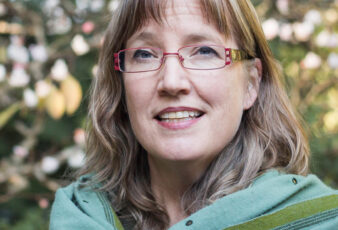 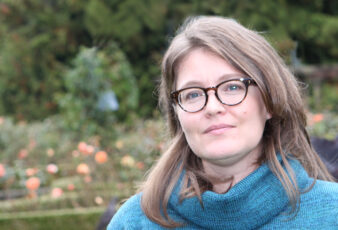