Our PWIAS International Research Roundtable on May 12-13, 2022, brought together scholars from Canada, the United States, and Central and Eastern Europe who are experts on civil society activism in the post-Communist region, as well as three experienced civil society practitioners – from Bosnia-Herzegovina, Poland, and Russia- to discuss dynamics we perceive in civil society around the region, over time and comparatively across particular contexts in the three decades since Communism ended.

Holding this event in person at UBC was all the more rewarding, given that we faced numerous challenges in organizing it. Originally scheduled to take place in May 2020, the roundtable was planned and then cancelled two years in a row due to waves of the COVID-19 pandemic. Russia’s invasion of Ukraine introduced further logistical complexity for several participants and prompted rethinking of some of the original focus of our discussions.

The event was structured with an effort to maximize equal footing and contributions of the scholars and practitioners participating. Our aim was to learn mutually from one another and to spend equal amounts of time listening and speaking regardless of the participants’ professional positions. Many of the participants (especially the civil society practitioners) remarked upon how unusual this approach was, and noted that they felt their perspectives and knowledge were fully valued by the group. Participants began with brief presentations on the trends they had observed in their experience (whether research or practice) in their country of expertise and the particular areas of civil society they worked in. With a range of expertise in civil society – from human rights to democratic development, to environmental and feminist activism – we uncovered tremendous terrain for comparisons and debates about how different contexts have been similar or distinct.

In the evening, we gathered for a public panel event at UBC Robson Square to discuss how the war in Ukraine had affected civil society in the surrounding countries of the region. The event featured a moderated conversation with our three civil society participants from Bosnia-Herzegovina (Darko Brkan), Poland (Krzysztof Stanowski), and Russia (Alena Popova). The discussion was animated and at times emotional, expressing solidarity with Ukrainian citizens and passion for the efforts that each of our participants and others in their countries are engaging in to resist the war and disinformation, as well as to provide humanitarian support for displaced Ukrainians. We were delighted to have the Vancouver Folk Ensemble play Ukrainian folk songs to begin the evening.

The following day, we focused our discussion first on debriefing from day one, and on the complexities that confront, in particular, Russian activists trying to resist their authoritarian government’s unprovoked invasion of Ukraine, and relations at this time between Ukrainian and Russian activists. We then moved to a very fruitful exercise where participants would circulate and note salient points they had gathered from earlier discussions, as well as areas for future research that scholars have thus far ignored or misunderstood about civil society in the region. This garnered many ideas about key patterns related to:

We aim to continue our conversations and collaborations through a proposed innovative, accessible book project, co-created by scholars and activists and featuring the direct voices of activists from numerous countries around the region on the themes above. The book will contain activists’ accounts of their experiences, alternating with scholars’ reflections on how these accounts relate to academic literature on featured themes. We are exploring publication options that will allow links to interactive online companion elements to the book text, such as video segments featuring the included activists.

It was a tremendous privilege to have the opportunity to gather this group of scholars and practitioners for a few days of concentrated reflection together in the Peter Wall Institute’s “retreat-like” atmosphere. 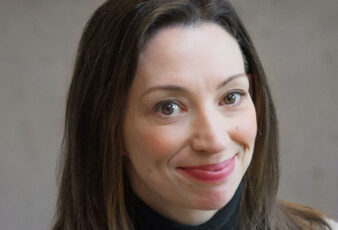