Searching, Exhuming, Identifying and Burying the victims of mass violence in Colombia 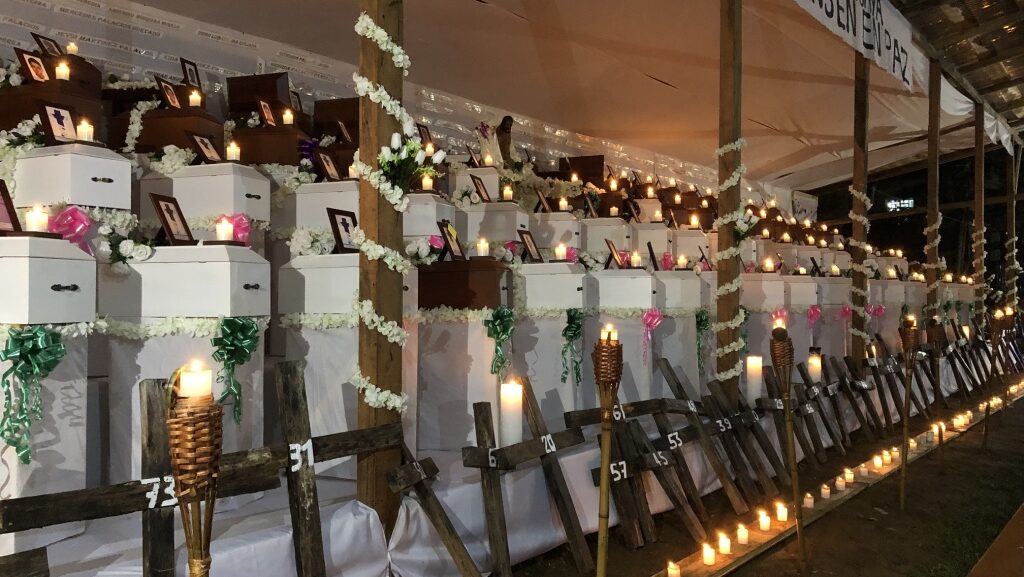 The collaborative project “Exhumations and Burial in Colombia: Strengthening forensic practices through knowledge transfer” engaged with the tensions and inequities in forensic processes by documenting the pioneer process for the search, exhumation, identification and burial of the victims of the massacre of Bojayá. Supported by a Wall Solutions award, the project was led by Afro-Chocoan leader José de la Cruz Valencia from the Committee for the Rights of the Victims of Bojayá and The Social Justice Institute professor Pilar Riaño-Alcalá.

Questions on how to properly search and exhume victims of political violence are critical today as the discovery of mass and unmarked graves and the search for the missing give evidence of colonial violence through genocide, war, torture and forced displacement. However, forensic knowledge and practice remain problematically tied to Western scientific standards and disregard the affected communities’ knowledge, needs, and mortuary practices. In Colombia, between 2006 and 2016 alone, 5,267 mass graves were found and over 80,000 have been identified as missing in the context of a war spanning five decades. A disproportionate number of these victims are from Indigenous and Black communities. Today, leaders from these communities are leading processes on the rightful ceremonies and practices to exhume, identify, and bury their dead, at times clashing with forensic scientific teams.

After 17 years of having suffered one of the most atrocious massacres of the war in Colombia, the communities of Bojayá received on November 11, 2019, the 102 remains of their loved ones, 49 of them children. This reunion between the living and the dead was part of the forensic and accompaniment process that the Bojayaseños undertook to properly care for and bury their dead, and that was made possible by the constant interpellation of the Committee for the Rights of the Victims of Bojayá before the Colombian state and the international community.

The process constitutes a pioneering and unprecedented one in Colombia due to its magnitude, complexity (the search and excavations in seven different sites; high level of mixing and fragmentation of bones, deterioration of the soft tissue due to the humidity and acidity of the land and soil, and ongoing violence), the scope of inter-institutional coordination (over 15 national and international institutions involved) and the extensive participation of extended family members (more than 2000). Each step of the process was led by the Committee, integrated Black and indigenous knowledge keepers and showed a way to work towards the decolonization of forensic, psychosocial and judicial protocols.

The process reaffirmed the intercultural exchange between ancestral knowledge on death rituals of Black communities and that of the Embera Indigenous peoples of the Medio Atrato region. This exchange ensured the protection of the territory, the surviving victims, families, leaders, and civil servants during the exhumation. It sought to restore balance and harmony in a context in which violence has profoundly disturbed the land and rivers, the relations between communities, territories, living beings, and ancestors. A group of keepers of prayers, secrets, and knowledge on rituals surrounding death, female singers of funerary songs, and healers trained forensic scientists and psychosocial practitioners in the protocols to be with their dead and to accompany the living.

The use of oral history, memory work, and social cartographies to collect antemortem information, reconstruct complex genealogical trees, and formulate forensic protocols resulted in multiple scientific and social innovations. Forensic experts worked with Committee members, combining scientific technological advances and ancestral knowledge of the territory and family histories. This collaboration produced significant advances in the method of identification by lines of evidence. It also introduced more respectful and culturally appropriate forensic practices in the register and naming of the victims: using their names instead of numbers or codes and in the storing, handling, cataloging, and preserving of human remains of victims of mass violence. In this manner, forensic scientific work and mortuary rituals and practices became practices of caring and restoring dignity to the dead, their bodies, and their memory.

We learned that for exhumation and identification processes to respond to Black and Indigenous communities’ standards of comprehensive reparation and restitution of dignity, they must recognize their cultural and political autonomy and self-determination. This involves coordination by the community and the incorporation of ancestral knowledge in every component of the process.

The search, exhumation, identification, and collective burial in Bojayá activated diverse forms of cultural renewal and intergenerational transmission of knowledge. The population of Bojayá, under the guidance of their knowledge keepers, recreated mortuary and care rituals traditionally used for one person in collective ceremonies for more than one hundred deceased people of different ages, and performed them not at the time of death but decades later.

The reflections that emerge from the documentation of obstacles and achievements leave many lessons to share with other communities facing similar situations of disappearance, mass and unmarked graves, violation of their rights, and impunity in Colombia and the world. The process, best practices, and tensions are published in a book and website. They will be presented in February 2022 to the institutions involved, forensic professionals, academia, victims’ organizations and, importantly, the families and communities along the Middle Atrato River. Similarly, as a result of the process, 35 family albums with the life histories of the victims were co-produced between the Committee and family members.

We are grateful for the support provided by the Peter Wall Institute for Advanced Studies and the Transformative Memory International Network.

See the website https://bojayacuentaexhumaciones.com/  (in Spanish) for an in-depth documentation of the process, including lessons learned. The book can be downloaded from the website.

For media coverage of the process in English see  https://www.aljazeera.com/features/2019/11/15/bojaya-massacre-after-17-years-victims-remains-returned. In Spanish, see: El Tiempo 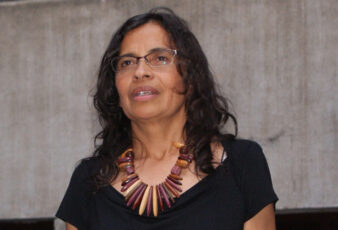