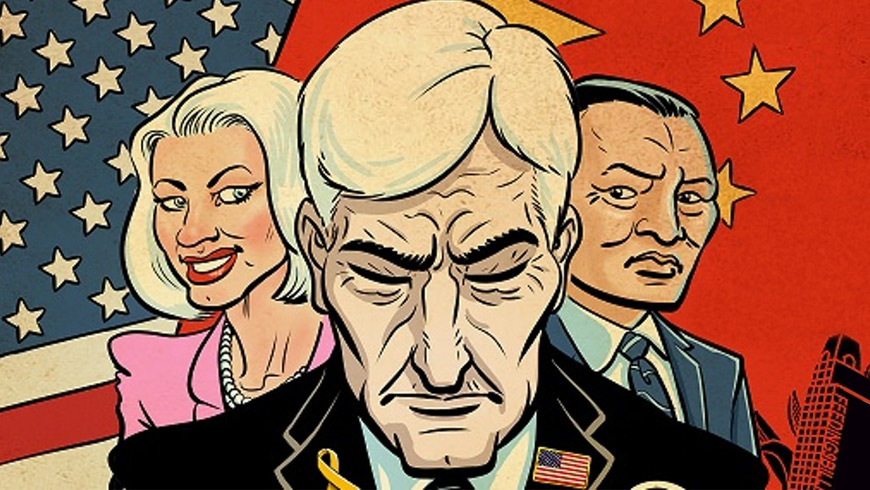 It is the gravity of that message that Dr. Fraser, who is spending a year in residency with the Institute at UBC, hopes readers will take home from the graphic novel series.

Dr. Fraser teamed up with artist Scott Mooney to create #foodcrisis, a comic targeted at high school students who may not yet fully understand what could happen if the world doesn’t act on today’s food security issues.

The fast-paced apocalyptic story, set in 2025, is a fictional account­­– although the plot is based on the real histories of past food crises like the Depression-era Dust Bowl famine or 2011 unrest over food prices in the Middle East that helped fuel the Arab Spring movement. However, Dr. Fraser admits that although pressing, the reality of the situation isn’t as bleak as the graphic novel suggests.

#foodcrisis is targeted at high-school students and aims to make the complexity of the issues effecting food security– from climate to global wealth distribution – more engaging and understandable. Included alongside the graphic novel are 12 essays and more than 200 footnotes that provide balance and context to the fictionalized story about the current global situation.

“I don’t want the story to be read on it’s own,” explains Dr. Fraser, who calls food security the “grand challenge of the 21st Century.” 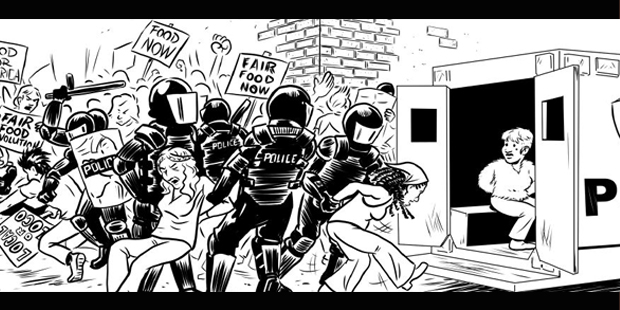 “You have to be willing to tell the story rather than just present the analysis,” he says.

While in residence at UBC, Dr. Fraser will work with host and Institute Associate Dr. Hannah Wittman, of UBC’s Institute for Resources, Environment and Sustainability, through the Visiting Research Scholar Program.

“She comes at the same set of issues that I do, but she comes at them from very much a grass roots organizational focus, whereas I’m spending a lot of time doing op-eds for media, Twitter and stuff like that.”

Since the field of food security requires an understanding everything from agronomy, crop production and soil science, to wealth distribution and gender politics, Dr. Fraser sees the opportunity to engage with interdisciplinary teams as key. Since he knows a little about all the various aspects of the food security field, he says he sees himself as a sort of “glue” to bring together collaboration between more specialized researchers.

“Any of these global challenges require interdisciplinary thinking. By their definition, these are not problems which can be solved with any one world view,” says Dr. Fraser. 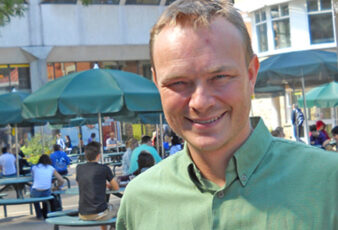