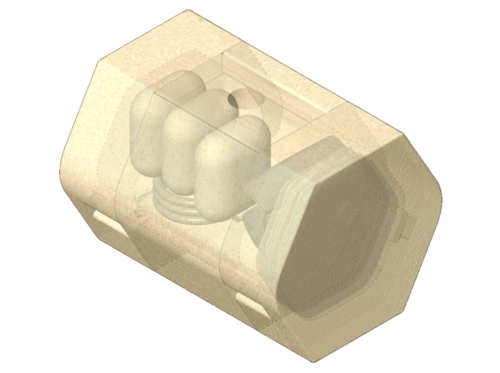 This past summer, a team of students from UBC won the top award at the Biodesign Challenge at the Museum of Modern Art (MoMA) in New York City.

The team proposed a composting toilet made of biodegradable mycelium biocomposite materials that would improve sanitation and contribute to ecosystems in and around refugee camps, where high population density, combined with inadequate infrastructure and limited resources, contributes to illness and harmful soil erosion.

The toilet uses a designer blend of microbes in a biodegradable container that traps heat to eliminate pathogens, converting human waste into soil that enriches local ecosystems.

“The core team is continuing with the project, and we’ve applied for another Wall Solutions grant to produce a working prototype of the composting toilet that can be used to conduct testing in the next year,” explained Dahmen.

As far as potential uses, the team has heard interest from large-scale concert organizers and other start-ups. But Dahmen is hoping it can be used in refugee camps.

“22 million people live in refugee camps, where the lack of access to sanitation often makes people sick,” he added.

It was during their time as Wall Scholars at the Peter Wall Institute that Dahmen and Hallam discovered a joint interest in sustainable materials that brought their respective expertise in architecture and micro-biology together.

The project then morphed into the MYCOmmunity Toilet, a closed-loop, sustainable composting toilet that uses a designer blend of microbes, enzymes and minerals to safely break down human waste into rich fertilizers.

The fully compostable tank is easily handled and serves as a planter for trees, grasses and crops that stabilize soils and enrich the local environment.

“This project is a combination of multiple disciplines. And the Peter Wall Institute was instrumental to making this project possible. Steven and I were Wall Scholars during the same year, it was around then that we started collaborating around mushrooms from a microbial perspective,” added Dahmen.

“We’re really grateful to the Peter Wall Institute for supporting this innovative and interdisciplinary collaboration.” 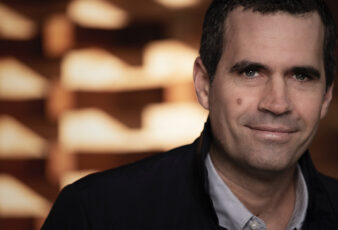 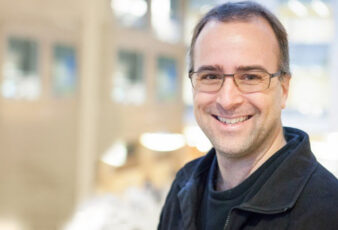